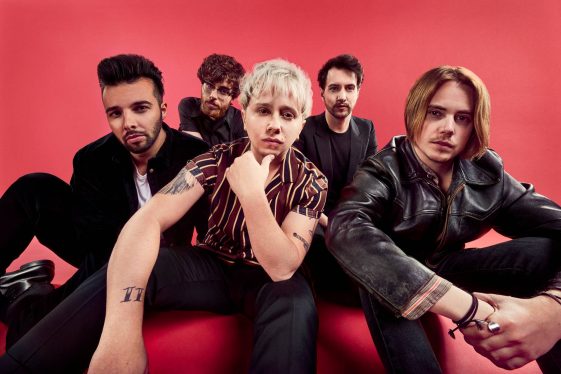 Nothing But Thieves Release Music Video For “Particles”

(Los Angeles, CA)—Critically acclaimed U.K. based band, Nothing But Thieves release the music video for “Particles” today, which was directed by Thomas James who also directed the band’s previous music videos for “Amsterdam” and “Sorry”. “Particles” is included on their sophomore album entitled Broken Machine, which was recently released via Sony Music U.K./RCA Records, and debuted at #2 in the U.K.

Nothing But Thieves says about the song, “’Particles’ is probably the most personal song on the album. We went through a lot of changes both as a band and as people during the process of making album 2, this song was written in the eye of the storm.”

Q Magazine said about the album, “Broken Machine, their second LP, is a fist-pumping beast that unfurls escalating choruses”. KERRANG! praised, “musical intersection between queens of the stone age and Jeff Buckley”, and The Independent called it “one of the best rock albums of the year”.

To Buy or Stream Broken Machine:
All Retailers: http://nbthiev.es/BMAll