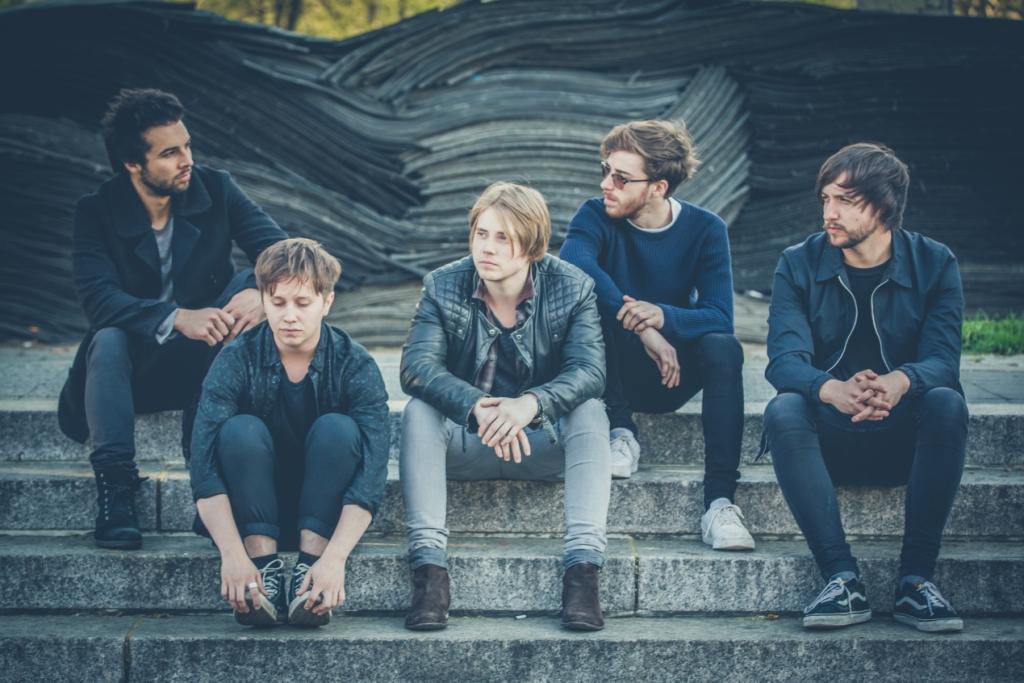 Critically acclaimed and much buzzed about UK based band, Nothing But Thieves will release their self-titled debut album February 5th on RCA Records, with a pre-order available now (Click Here). Those who pre-order the album will get 5 instant grat tracks including the alternative hit Trip Switch along with Wake Up Call, Graveyard Whistling, Ban All The Music and Itch.
First single, “Trip Switch” has racked up over 725,000 views on VEVO and is currently in the top 10 at SiriusXM’s Alt Nation. “Trip Switch” Video: https://youtu.be/w1Qxxx2SQoo

Drawing inspiration from the bombast of Muse and the unpredictability of Arcade Fire, the songs on Nothing But Thieves re-imagine the majesty of rock and roll, simultaneously kicking and comforting the listener. It’s a worthwhile adventure.

The band performed at both Reading & Leeds festivals this summer, following a recent support slot with Muse and tours with Twin Atlantic, AWOL Nation and Darlia. In response to their set at Lowlands Festival late summer All Things Loud declared, “Nothing But Thieves will undoubtedly be selling out stadiums in five years’ time.”

“The Southend five-piece runs up debts to Jeff Buckley, Radiohead, Muse, early Coldplay and blue-eyed soul,” notes the London Sunday Times. The publication agrees, “The audacity with which they set about these templates is genuinely thrilling, as if they’re on their third or fourth album, not prepping for their first. Stadiums surely beckon.” The tracks have seen multiple radio playlist additions across Radio X, Kerrang! and Radio 1 in the UK and now the world is starting to take notice, as the upcoming debut has also seen substantial airplay on Triple J Radio in Australia as well as KCRW in the U.S. Nothing But Thieves has also landed on 2014 ‘Best New Artist’ lists of iTunes, Spotify, Google Play, MTV and Radio X, to name a few.

Dom’s electronic “noodling”, Conor’s “old school” rocking, and Joe’s forays into “Riff Central” fused to form “a weird monster,” which the band grabbed by the tail and rode as it thrashed. As Joe shaped lyrics from the melodies the songs dictated, the definitive Nothing But Thieves sound began to take shape and together with producer Julian Emery (Lissie) their album was born.

Recorded between Angelic Studios, Little Drummer Boy and Hits & Arts Studios and mixed by Cenzo Townshend (Maccabees, U2, Florence & The Machine, Thirty Seconds To Mars) and Adam Noble (Placebo, Don Broco, Kids In Glass Houses), Nothing But Thieves will undoubtedly take the band to the next level. They’ve always had the songs, now they have the platform.

Pre-Order “Nothing But Thieves”: