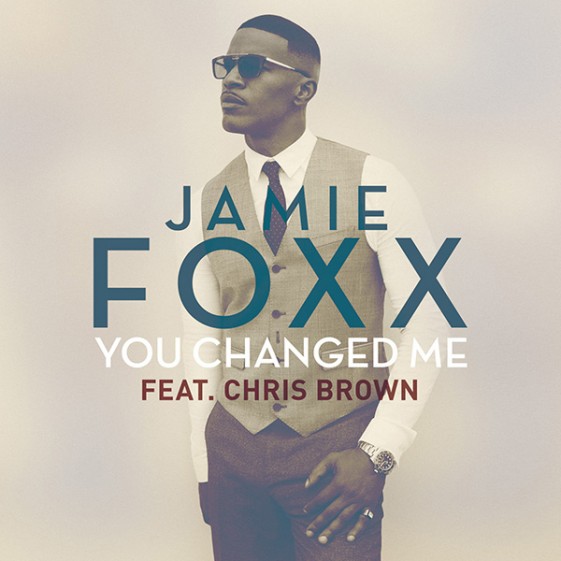 Oscar Award® and Grammy Award® winning artist, Jamie Foxx, today released his long-awaited new single, “You Changed Me” featuring Chris Brown. iHeartRadio debuted the song at 9:00 AM ET across their Urban and Rhythmic Crossover platforms. The single is available for purchase at iTunes, Amazon and Google Play.

“You Changed Me,” featuring Chris Brown was written by Jamie Foxx, Boi-1da, Vinylz, Allen Ritter, Kevin Cossom, Breyon Prescott and Chris Brown. The song was produced by Boi-1da and Vinylz .The song is the first release off Foxx’s forthcoming album due out May 19 on RCA Records.

Jamie Foxx will have his debut performance of the song on the iHeartRadio Music Awards March 29 on NBC.

Click the image above or visit www.jamiefoxxmusic.com to hear “You Changed Me” featuring Chris Brown.