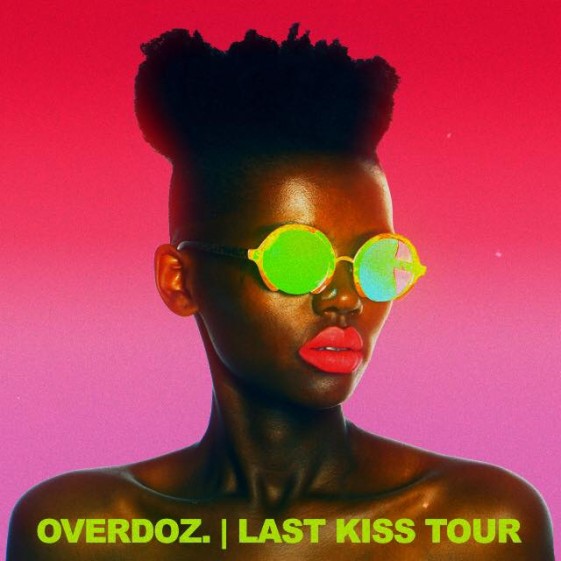 Los Angeles hip-hop collective OverDoz. is taking their hypnotic energy on the road. As a prelude to their upcoming debut album 2008, OverDoz. has announced their “Last Kiss Tour”. The 9-city tour will kick off on August 14th in Philadelphia, PA and conclude in Santa Ana, CA on September 6th. Tickets go on sale July 15th at 10 am PST and can be purchased at http://www.blunnitville.com/

The summer tour shares the same name as OverDoz.’s official first single, “Last Kiss”. The funky single was released in May 2015 and is produced by Grammy Award winner, Pharrell Williams. Most recently, OverDoz. released the colorful and vibrant video for “Last Kiss,” which was praised by such outlets as FADER, XXL and NPR, who listed the track as a frontrunner for 2015’s “song of the summer”. The infectious single will appear on their debut album 2008, which will be released this fall via Polo Grounds Music/RCA Records.

OverDoz. is comprised of Kent, Cream, P and Joon, who became close childhood friends at the age of six, officially forming as a group in 2008. The crew has released four well-received mixtapes including 2013’s Boom. In addition, OverDoz. has performed at both the SXSW Festival and the Lollapalooza Music Festival as well as opened up for such artists as Erykah Badu, Childish Gambino and A$AP Ferg among others.

With a new hot single and an upcoming tour, OverDoz. are surely going to be the talk of summer as well as hip-hop!