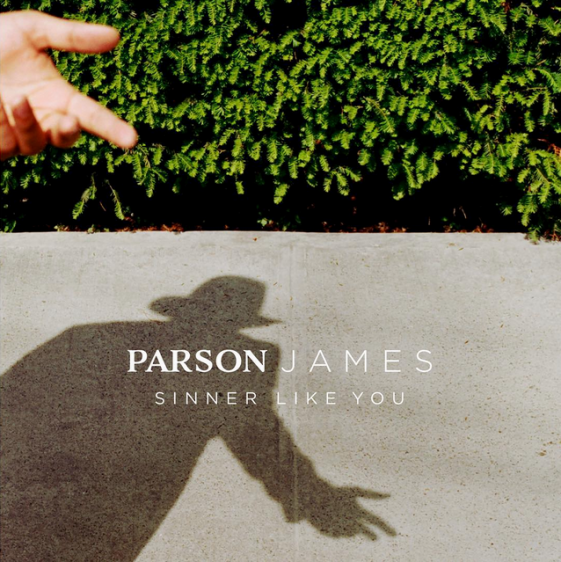 Head over to Noisey to hear our latest signee, Parson James’, new single “Sinner Like You”. Don’t sleep on this one – listen here.

The single premiered on Noisey.com, who called it “immediately compelling,” and is now available on iTunes, Amazon, Spotify, Google Play and Apple Music. Listen to “Sinner Like You” here.

The world was first introduced to Parson James’ by way of Kygo’s infectious tropical house hit “Stole The Show (feat. Parson James).” The track – co-written by Parson James – has over 170 million streams worldwide and is certified Triple Platinum in Norway, Double Platinum in Sweden, and Gold in Denmark, Switzerland and Finland. The track has also served as the perfect introduction to the young artist’s velvety voice and heartfelt songwriting.

Now, the release of his debut single, “Sinner Like You” marries Parson James’ soulful, church- honed voice with shimmering pop production by Swedish producer Elof Loelv (Rihanna, Mikky Ekko). The lyrics to “Sinner Like You” – also penned by Parson — addresses the duality of human nature and tells the story of a young man coming out to his mother, questioning the stark contradictions of growing up in the religious south, and what it really means to “sin” in the modern world.

“Telling her was easy, but beforehand, thinking about how I was going to do it, was not,” he says. “I had this image in my head that I couldn’t do it because we have this whole community and congregation of people who are constantly judging us.”

Parson, a bi-racial man raised in a predominantly white community in the south, was born out of wedlock to teenage parents and experienced judgment and racism throughout his life.

Currently Brooklyn-based, the singer and songwriter who found his voice while singing in church every Sunday, likes to call his music “conflicted-pop-gospel,” and one listen to his debut single “Sinner Like You” and the description feels entirely apt. Born and bred in the small, conservative town of Cheraw, South Carolina (also the birthplace of jazz legend Dizzy Gillespie), Parson grew up listening to and was heavily inspired by the likes of Otis Redding, Bill Withers, The Supremes, Johnny Cash, Elvis, and Wanda Jackson.

Currently, Parson James is working on his debut album and plans to take his music onto the road later this year.

“Sinner Like You” is available now on iTunes, Spotify, Amazon, Google Play and Apple Music