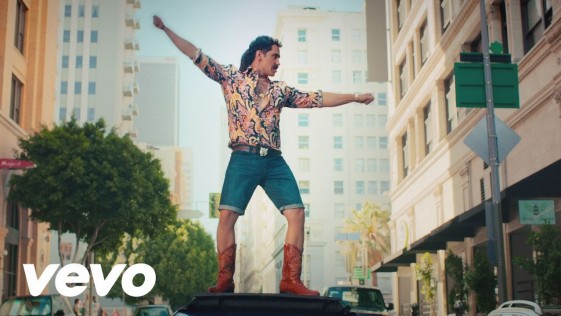 Australian superstars Peking Duk release the hilarious music video for their first official US single “Say My Name (feat. Benjamin Joseph)” (WATCH HERE), which stars Matt McGorry of Netflix’s Orange Is The New Black and ABC’s How To Get Away With Murder and was directed by Anthony Chirco.  The video premiered on Entertainment Weekly yesterday (CLICK HERE). “Say My Name (feat. Benjamin Joseph)” is available on Peking Duk’s debut EP Songs To Sweat To, out now on Vicious Bitch/RCA Records.

Peking Duk states, “We first came up with this idea for the clip after our set at Coachella. The casting was without a doubt the biggest obstacle in our heads when brainstorming. Then Matt McGorry came up. We weren’t aware of how brilliant this man was on the dancing front, yet we were excited to proceed and see what would happen. All our hopes and expectations were ABSOLUTELY blown out of the park. Matt was hands down the BEST man for the job and took our initial vision to new heights the minute he rocked up to the set.”

Matt McGorry says, “Filming this video was insanely fun. ‘Say My Name’ is totally infectious and a great track to get pumped to, whether you’re getting ready to go out on a Saturday night or trying to wake up for work on Monday morning.  The guys themselves are awesome as well! Their humor, energy and overall vibe was a perfect fit for this collaboration.  Don’t attempt to recreate this at home.”

Earlier this year, the duo set off on their first U.S. tour which showcased their distinct flavor of indie electronica and electrifying live performances at SXSW, Coachella, Lollapalooza, and most recently, Electric Zoo.  Other upcoming major festival appearances include Tomorrowworld and Life is Beautiful, with more to be announced!