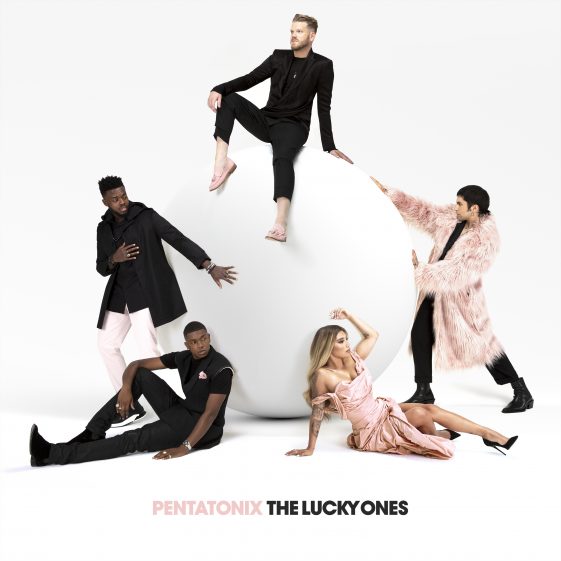 (Los Angeles, CA – October 14, 2020) Three-time Grammy® Award-winning and multi-platinum selling artist Pentatonix releases their original single, “Be My Eyes” today via RCA Records. Get it here! The track was written by Dan Book, Kirstin Maldonado and Matthew Koma, arranged by Pentatonix and Ben Bram, produced by Matthew Koma and Dan Book and co-produced by Pentatonix and Ben Bram. Accompanying the new track, Pentatonix also debuted a music video for the song, directed by Naomi Christie. Watch it here!

Pentatonix also announced their new original album, The Lucky Ones, will be released on February 12, 2021 and is available for pre-order here! The upcoming album marks the group’s first full-length original album since 2015, when their self-titled album debuted at #1 on Billboard’s Top 200 Chart. The album has since been RIAA certified gold.

Pentatonix has had two #1 albums on Billboard’s Top 200 Chart – 2015’s gold-certified self-titled album and the 2x platinum That’s Christmas To Me.   Additionally, all ten Pentatonix releases have reached the top 10 on the Billboard Charts. The group has received multiple RIAA certifications for multi-platinum, platinum and gold-selling albums and singles, a Daytime Emmy nomination, starred in three holiday specials on NBC and appeared in the feature film Pitch Perfect 2.  Pentatonix most recently released a compilation of their biggest holiday songs, The Best of Pentatonix Christmas, which included their multiplatinum singles “Hallelujah” and “Mary, Did You Know?” and collaborations with Kelly Clarkson, Maren Morris, Jennifer Hudson, Tori Kelly, Jazmine Sullivan and a duet featuring Whitney Houston.

Most recently, Pentatonix released their original single, “Happy Now” in addition to their At Home EP along with original music videos for their “Home” medley as well as for their covers of “Blinding Lights” (The Weeknd), “when the party’s over” (Billie Eilish), “Break My Heart” (Dua Lipa) and “Dreams” (The Cranberries).