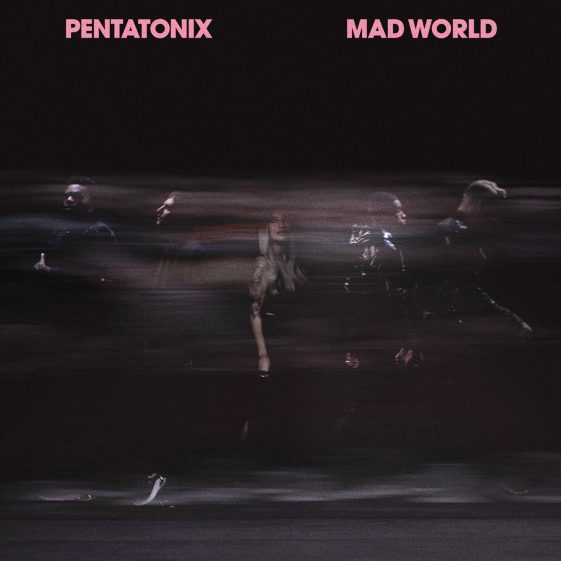 (Los Angeles, CA – September 16, 2020) Three-time Grammy® Award-winning and multi-platinum-selling artist Pentatonix release their arrangement of Tears for Fears’ “Mad World.” Get it here!  Coinciding with the release, Pentatonix also dropped a hauntingly stark music video for the track this morning. Watch it here!

Be sure to keep an eye out for more new music coming from Pentatonix this year. Please visit www.ptxofficial.com for more information.

Pentatonix has had two #1 albums on Billboard’s Top 200 Chart – 2015’s gold-certified self-titled album and the 2x platinum That’s Christmas To Me. Additionally, all ten Pentatonix releases have reached the top 10 on the Billboard Charts. The group has received multiple RIAA certifications for multi-platinum, platinum and gold-selling albums and singles, a Daytime Emmy nomination, starred in three holiday specials on NBC and appeared in the feature film Pitch Perfect 2. Pentatonix most recently released a compilation of their biggest holiday songs, The Best of Pentatonix Christmas, which included their multiplatinum singles “Hallelujah” and “Mary, Did You Know?” and collaborations with Kelly Clarkson, Maren Morris, Jennifer Hudson, Tori Kelly, Jazmine Sullivan and a duet featuring Whitney Houston.

Pentatonix released their At Home EP in June 2020, along with original music videos for their “Home” medley as well as their covers of “Blinding Lights” (The Weeknd), “when the party’s over” (Billie Eilish), “Break My Heart” (Dua Lipa) and “Dreams” (The Cranberries). In August, the group released their first original single, “Happy Now,” since 2015.