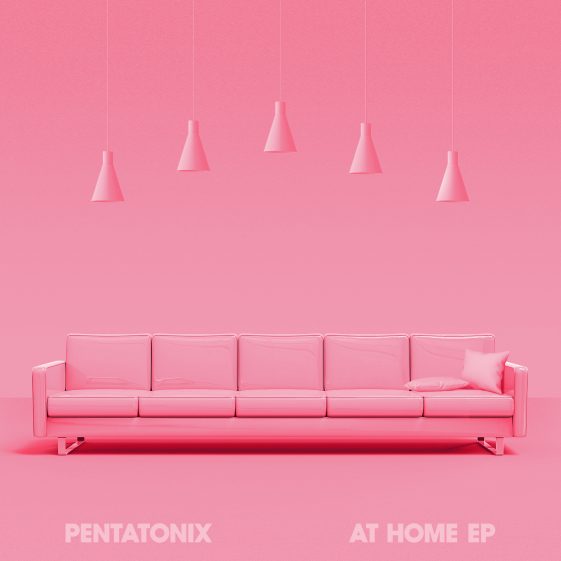 All of the music and videos from the AT HOME EP were arranged, recorded, produced and/or filmed during quarantine, including four additional music videos, which will be released weekly throughout the rest of June and July.

“Arranging and recording an EP’s-worth of music and videos without once being in the same room as your bandmates or a producer was super challenging and definitely bizarre, but I know that collectively we were inspired by the strength, creativity and resourcefulness of people around the globe throughout the past months.  We are so very proud to be able to share this music and these videos with our fans and can’t wait for them to hear what else we’ve been up to!” – Scott Hoying

Be sure to keep an eye out for more new music coming from Pentatonix this year. Please visit www.ptxofficial.com for more information and a schedule of when their next music videos will be released.

Get the AT HOME EP here!

Pentatonix has had two #1 albums on Billboard’s Top 200 Chart – 2015’s gold-certified self-titled album and the 2x platinum That’s Christmas To Me.   Additionally, all ten Pentatonix releases have reached the top 10 on the Billboard Charts. The group has received multiple RIAA certifications for multi-platinum, platinum and gold-selling albums and singles, a Daytime Emmy nomination, starred in three holiday specials on NBC and appeared in the feature film Pitch Perfect 2.  Pentatonix most recently released a compilation of their biggest holiday songs, The Best of Pentatonix Christmas, which included their multiplatinum singles “Hallelujah” and “Mary, Did You Know?” and collaborations with Kelly Clarkson, Maren Morris, Jennifer Hudson, Tori Kelly, Jazmine Sullivan and a duet featuring Whitney Houston.

Holiday Favorites Pentatonix Announce New Album, We Need A Little Christmas, To Be Released On 11/13!