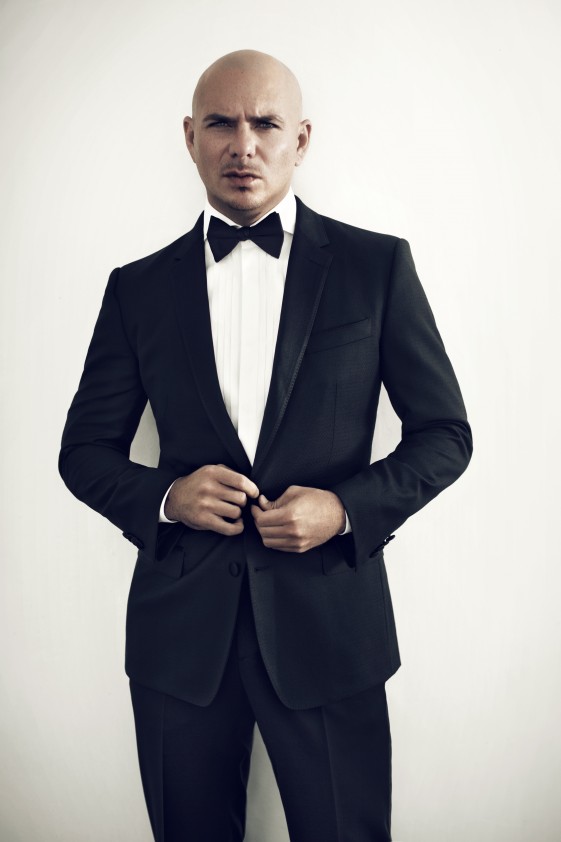 – Tickets On Sale Starting May 14 at LiveNation.com –

LOS ANGELES (May 12, 2016) – Global superstar and GRAMMY Award®-winning artist, Pitbull, will launch a massive North American tour this summer with Latin megastar, singer-songwriter, Prince Royce. THE BAD MAN TOUR, promoted by Live Nation, will kick off on Wednesday, July 6 in Fresno, Cali. and visit cities throughout the U.S. and Canada including Los Angeles, Toronto, Chicago, San Diego, Houston, Washington DC and more.  Special guest, Farruko, will also join the tour. For all the latest news and updates on the tour, visit www.thebadmantour.com.

Armando Christian Perez – globally known as Pitbull – is everywhere. From landing # 1 hits in over 15 countries, 8 billion YouTube/VEVO views, 70 million single sales, and 6 million album sales, Pitbull does not stop. His relentless work ethic transformed him into a Grammy-winning international superstar, visionary entrepreneur, fashion maven, and successful actor. His social media presence speaks to nearly 90 million people daily, matching some television networks. Also known as “Mr. 305” and “Mr. Worldwide,” he is as ubiquitous as Google or Microsoft, while preparing to release his tenth full-length album, 2016’s Climate Change. Outside of entertainment, Pitbull is making history in the business world. Whether it’s his Voli Vodka, fragrance line “Pitbull,” strategic alliance with Playboy Enterprises, or the partnerships with brands from Bud Light, Kodak, and Dr. Pepper to Dodge and Norwegian Cruise Lines, his influence has catapulted. He has his own Sirius XM Radio station, Pitbull’s Globalization and his production company, “Honey, I’m Home.” Pitbull also a star on the Hollywood Walk of Fame, a wax figure in Madame Tussauds in Orlando, serves as an ambassador for “Visit Florida” and received a key to the city of Miami.

In the past 5 years, multi-platinum award-winning Latin superstar Prince Royce has scored 12 number one Latin hits, 20 Latin Billboard Awards, 18 Premio Lo Nuestro Awards, 19 Premios Juventud (Youth Choice) Awards, and earned 8 Latin Grammy nominations. Royce has a massive fan base with over 1 billion streams online, 33.5 million followers on Facebook, 5.2 million on Twitter and 4.8 million on Instagram. He has sold out the most prestigious venues in Latin America, as well as concerts throughout the US including Radio City Music Hall, The Nokia Theater and the Theater at Madison Square Garden. At the age of 22 he was honored with a Latin Billboard Award for Composer of the Year, becoming the youngest artist to garner the award. In November 2014, he released the electro-pop/R&B banger “Stuck on a Feeling,” featuring Snoop Dogg, followed by the May 2015 release of the dancehall-flavored “Back It Up” (featuring Pitbull and Jennifer Lopez) – two tracks from his first English-language album, “Double Vision”. This year, he releases his highly anticipated fourth Spanish-language album which promises to be a huge success. The first single off the upcoming album “Culpa Al Corazón” reached #1 on Billboard’s Latin Songs (across all Latin genres), Latin Pop and Tropical Charts. Recently, Royce co-starred as Peter in the Fox live musical broadcast of “The Passion” and is part of the cast of the next season of Hulu’s “East Los High” due out July 2016.

Infusing romantic lyrical content into Latin urban music, Farruko’s highly popular and unique sound has made him a leader in the Reggaeton movement. Recognized by Billboard as one of Reggaeton’s “rising stars, reinforcing the genre’s strength and giving us plenty of party music,” the 24-year-old artist is far from a rookie. He has collaborated with other Latin music superstars, including Daddy Yankee, Don Omar, J Balvin, Nicky Jam, and Yandel, among others. Demonstrating his versatility, his hits include songs that seamlessly crossover into pop, bachata, mambo, vallenato and R&B, creating an impressive musical repertoire full of remarkable fusions that highlight his deep musical knowledge and diverse sounds. FARRUKO finished 2015 as his most successful year yet, taking home two awards at Premios Lo Nuestro for Urban Song of the Year and Urban Collaboration of the Year and a Billboard Latin Music Award for Latin Rhythm Song of the Year. Then, in October, Farruko delights the masses with yet another new album, “Visionary,” which was released in pre-sale and in just hours reached the #1 in iTunes’ “Top Latin Albums” list, position in which it stayed until three weeks after its official launch. Now at the pinnacle of his career, FARRUKO will not let anything stop him from dominating the industry in 2016.

*All dates, cities and venues below subject to change.