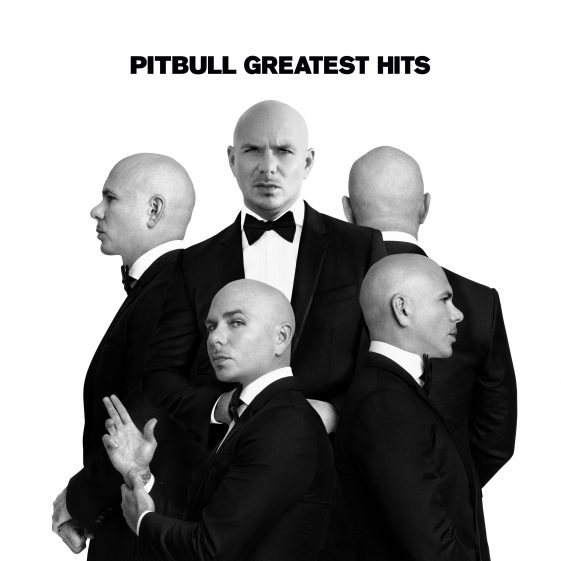 (New York – December 1, 2017) New York –— GRAMMY® Award-winning, multi-platinum international music icon and business entrepreneur Pitbull today releases his first-ever GREATEST HITS album via Mr. 305/Polo Grounds Music/RCA Records. GREATEST HITS is a celebratory 13 song all-star hit parade, a collection of his massive career-defining singles including “I Know You Want Me (Calle Ocho),” “Give Me Everything (Feat. Ne-Yo, Afrojack and Nayer)” and “Timber (Feat. Kesha),” among so many others.  CLICK HERE to purchase / stream the album.

The GREATEST HITS celebration continues with the December 4th release of the official Pitbull video for the new track “Jungle” with Stereotypes, feat. E-40 and Abraham Mateo. CLICK HERE to purchase / stream “Jungle,” and  CLICK HERE on  Monday, video premiere day to watch the video.

Pitbull just wrapped the second leg of his co-headlining North American tour with Enrique Iglesias. He was also recently honored with the first ever “Latin AMA Dick Clark Achievement Award” at the third annual Latin American Music Awards, where he premiered his new Spanish single “Por Favor” with a live performance with Fifth Harmony.

In addition to his GREATEST HITS album, Pitbull will bring one of the most exciting experiences to the Strip in 2018 with “Time of Our Lives,” his unique Las Vegas residency. For more information visit ticketmaster.com/pitbull – tickets on sale now. In 2018, Mr. Worldwide will set sail on his 2nd After Dark Party cruise. For details, please visit pitbullcruise.com.

WATCH THE VIDEO FOR “JUNGLE” THIS COMING MONDAY, DECEMBER 4TH