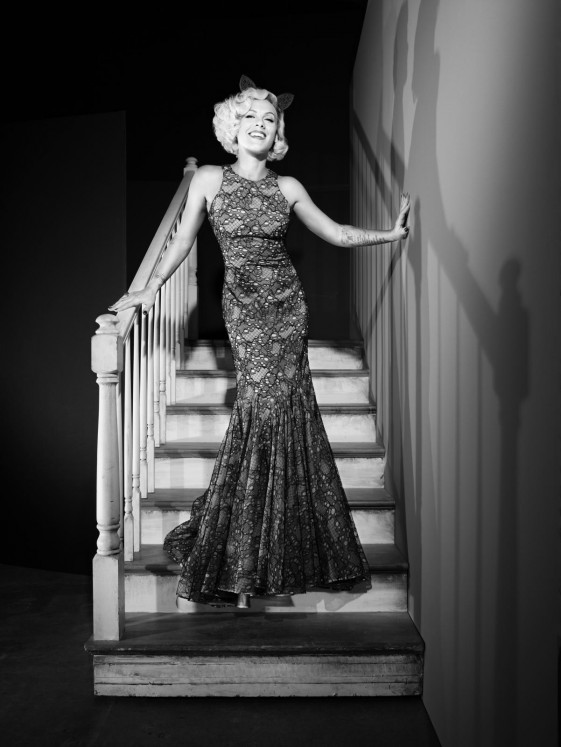 P!NK To Be Honored With BMI President’s Award At The 63rd Annual BMI Pop Awards

Broadcast Music, Inc. (BMI), the global leader in music rights management, will present the President’s Award to P!nk for her outstanding achievement in songwriting and global impact on pop culture and the entertainment industry. The annual event will be held Tuesday, May 12, at the Beverly Wilshire Hotel in Beverly Hills.

The private event will also recognize the songwriters and publishers of the past year’s most-performed pop songs in the United States from BMI’s repertoire of more than 8.5 million musical works. The BMI Pop Song, Songwriter and Publisher of the Year will be named during the ceremony.

“P!nk is an extraordinary songwriter whose mastery of craft and passionate artistry has transformed a generation of Pop and Rock music culture around the world, ” said Barbara Cane, BMI Vice President & General Manager, Writer/Publisher Relations, Los Angeles. “She has captivated music lovers with her unforgettable, emotional and edgy magnificence of song, voice and performance.”

The BMI President’s Award is presented on unique occasions when an individual songwriter has distinctly and profoundly influenced the entertainment industry. In receiving the BMI President’s Award, P!nk joins an elite list of past honorees that includes Adam Levine, Taylor Swift, Willie Nelson, Pitbull, Gloria & Emilio Estefan, Juanes and Kike Santander.
Since her debut in 2000, P!nk (Alecia Moore) has released 7 records (Can’t Take Me Home, M!ssundaztood, Try This, I’m Not Dead, Funhouse, Greatest Hits So Far!!!, The Truth About Love), sold over 40 million albums, 65 million singles (nearly 20 million digital tracks), over 1 million DVDs worldwide and has had 14 singles in the top 10 on the Billboard Hot 100 Chart (4 at #1). In addition, 15 of P!nk’s singles have reached #1 in at least 1 or more countries. She is the recipient of 17 BMI Awards, 3 Grammy Awards, 3 Billboard Music Awards, 6 MTV Video Music Awards, 2 MTV Europe Awards, 2 People’s Choice Awards, and was named Billboard’s Woman of the Year in 2013. P!nk’s most recent certified double platinum effort, The Truth About Love debuted at #1 on the Billboard Top 200 as well as in 6 other countries. It produced smash singles “Blow Me (One Last Kiss)” and “Just Give Me A Reason” ft. Nate Reuss, which was nominated for two 2014 GRAMMY Awards and reached the #1 spot on the Billboard Hot 100 chart for three consecutive weeks. Her The Truth About Love World tour played 142 shows in 13 countries. In the fall of 2014, she released a side project with singer/songwriter Dallas Green entitled You+Me. Their album, rose ave., debut #1 on Billboard’s Folk album chart and #2 on Billboard’s Digital Album chart.

She is currently a spokesperson for COVERGIRL, made her acting debut in Lionsgate’s Thanks For Sharing alongside Gwyneth Paltrow and Mark Ruffalo and is a huge supporter of various charities including Ronald McDonald’s House, Make A Wish Foundation, PETA, Autism Speaks, Human Rights Campaign, and No Kid Hungry.
PRESS CREDENTIALS: To request press credentials visit http://www.bmi.com/press#credentials.
Press credentials will be for red-carpet arrivals only. A limited amount of media will be credentialed to cover the awards ceremony.

Broadcast Music, Inc. ® (BMI®) is a global leader in music rights management, serving as an advocate for the value of music. BMI represents the public performance rights in more than 8.5 million musical works created and owned by more than 650,000 songwriters, composers, and music publishers. The Company negotiates music license agreements and distributes the fees it generates as royalties to its affiliated writers and publishers when their songs are performed in public. In 1939, BMI created a groundbreaking open-door policy becoming the only performing rights organization to welcome and represent the creators of blues, jazz, country, and American roots music. Today, the musical compositions in BMI’s repertoire, from chart toppers to perennial favorites, span all genres of music and are consistently among the most-performed hits of the year. For additional information and the latest BMI news, visit www.bmi.com, follow us on Twitter @BMI or stay connected through Broadcast Music, Inc.’s Facebook page.