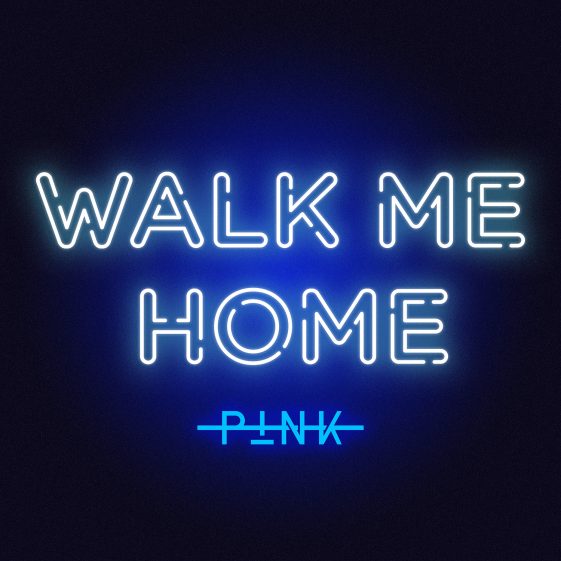 P!NK teased the song two weeks ago when she appeared on The Ellen DeGeneres Show and she also announced she will release her eighth studio album Hurts 2B Human in April.  Earlier in that week, P!NK received her star on the Hollywood Walk of Fame.

After incredible success and demand, P!NK is bringing her Beautiful Trauma World Tour back to North America starting on March 1st in Sunrise, Florida and ending with two nights at New York City’s Madison Square Garden on May 21st and 22nd.  The tour has already sold 3 million tickets worldwide and over 1 million tickets in North American alone. Fans who have purchased tickets to the North American shows have the ability to upgrade their experience which will allow them exclusive tour perks as well as a download of P!NK’s new album Hurts 2B Human.  For show dates and more details on the tour please visit: https://www.pinkspage.com/.

Since her debut in 2000, P!NK has released 7 studio albums, 1 greatest hits album, sold over 60 million albums equivalents, over 75 million singles, over 2.4 million DVDs worldwide and has had 15 singles in the top 10 on the Billboard Hot 100 chart (four at #1). In addition, she is the recipient of three Grammy Awards (twenty nominations), one Daytime Emmy Award, two Billboard Music Awards, seven MTV Video Music Awards (including the 2017 Vanguard Award recipient), two MTV Europe Awards, two People’s Choice Awards, was named Billboard’s Woman of the Year in 2013 and has sold out arenas all over the world.

Her seventh studio album, Beautiful Trauma is certified platinum, debuted at #1 on Billboard’s 200 chart, marked a career high for first week sales and re-entered the chart at #2 months after release.  The album is certified platinum and received two Grammy nominations for Best Pop Solo Performance (“What About Us”) and Best Pop Vocal Album.

P!NK is a huge supporter of various charities, including: Make a Wish Foundation, Autism Speaks, Human Rights Campaign and No Kid Hungry.  She remains on the UNICEF team as an Ambassador.

To Listen Or Purchase “Walk Me Home”