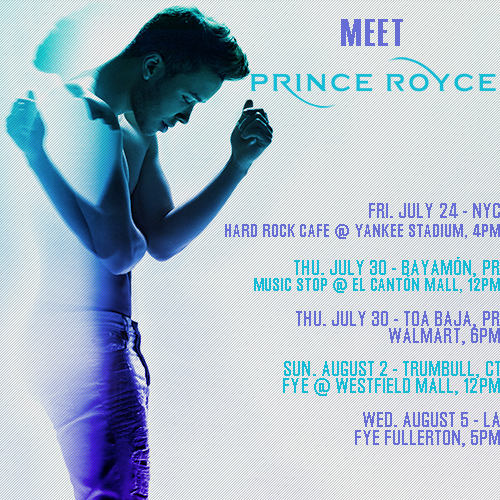 About:  Bronx, NY-born and raised Latin superstar and award-winning artist Prince Royce will be celebrating the album release of Double Vision (RCA Records/Sony Music Latin), his first ever English language album, with his fans at an album in store signing on his album release date at Hard Rock Cafe Yankee Stadium in the Bronx, the neighborhood where he was born.