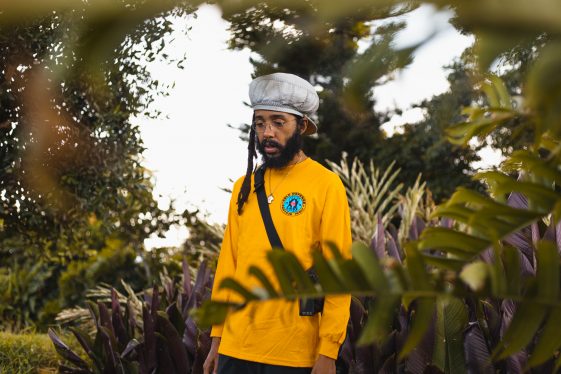 Listen to In Search of Lost Time: Deluxe:

The conscious artist, dubbed a leader of the “reggae revival” movement, colored outside the lines for his cinematic, ethereal, multi-genre LP, which was released on August 28, 2020.  Protoje’s In Search of Lost Time stays in rotation. He executive produced the entire project and co-produced five out of the thirteen original tracks.

Ziah, one of the album’s core beatsmiths, is at the helm on the brand new song “Righteous,” which is accompanied by a new visualizer today directed by Yannick Reid. In the one-shot visual, Protoje jogs through a road in a mountainous area of Kingston, Jamaica, bursting his illustrious dexterity of lyrics to the camera. In signature Protoje fashion, his effortless stream of thought motivates the listener to echo the harmonious layers of each bar.

In addition to “Righteous,” Protoje freshens up the album with two remixes.

Protoje’s notable collaboration with Popcaan gets the UK’s royal treatment through Toddla T’s production and a new verse by rapper Pa Salieu on “Still Royal.” The crown is big enough for all of the aforementioned talent to wear as they celebrate their accomplishments, from Protoje’s 2019 GRAMMY nomination, to Popcaan’s ascent to worldwide acclaim, to Gambia’s own Pa Salieu making noise on the UK music scene.

IzyBeats, the hit-making co-producer of Koffee’s “Toast” and Lila Iké’s “I Spy,” reunites with Protoje and Lila to spruce up “In Bloom.” The result is “Still Blooming,” a more spacious mid-tempo remix where Lila Ike’s vulnerable tone whisks against a laid-back reggae-styled medley of guitar strumming; plus Protoje is in tandem as he matches not only Lila’s heart-felt sentiment, but also aligns with the nimble bounce of IzyBeats’ hypnotic bassline. The animated visualizer brought new life to the original gem thanks to the creative minds of Joshua Solas, Acquille Dunkley and Yannick Reid.

Born and raised in Saint Elizabeth, Jamaica to singer Lorna Bennett and former calypso king Mike Ollivierre, Protoje blends hip hop, soul and jazz into his native sounds of reggae and dancehall. The musical prodigy, along with a collective of fellow artists, began getting mainstream attention for their addictive melodies and conscious lyrical messages in a movement dubbed the “reggae revival.” Publications such as VOGUE, Rolling Stone, The FADER, and PAPER have declared him one of the brightest talents out of Jamaica. His catalog consists of five studio albums: Seven Year Itch (2011), The 8 Year Affair (2013), Ancient Future (2015) and A Matter Of Time (2018) and In Search Of Lost Time (2020). As a producer, he receives a co-credit for Rock & Groove Riddim (2019). His studio album A Matter Of Time earned him his first GRAMMY nomination for Best Reggae Album and his national U.S. TV debut performance on The Tonight Show Starring Jimmy Fallon, both in 2019. He has toured with Ms. Lauryn Hill and appeared on major festivals including Coachella (US), Glastonbury (UK), Afropunk (US), Reading & Leeds (UK), Sole DXB (Dubai) and Lollapalooza (Chile), reaching audiences far and wide with his genre-fusing sound. In 2020, the musician signed an unprecedented major deal with RCA Records in partnership with Six Course Records and his label and management company In.Digg.Nation Collective. Under the RCA deal, Protoje brokered individual album deals for himself as well as his rising female artists Lila Iké, Sevana and Jaz Elise. He has received praise from the likes of NYLON and Uproxx for In.Digg.Nation Collective’s forward-thinking sound. He performed on NPR Tiny Desk and The Late Show with Stephen Colbert #PlayAtHome and graces one of i-D magazine’s digital covers for Spring 2021.