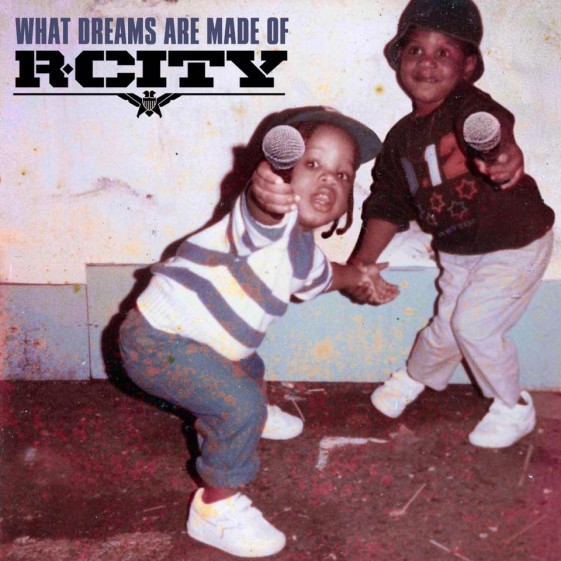 R. City Set To Release Debut Album ‘What Dreams Are Made Of’

R. City, the platinum-selling songwriting/production duo, will release their debut album, What Dreams Are Made Of on October 9th via Kemosabe Records/RCA Records. Fans who pre-order the album will receive an instant download of two new songs from the album – “Checking For You” and “Take You Down,” as well as their current hit single “Locked Away” featuring Adam Levine. What Dreams Are Made Of is available for pre-order now at Apple Music/iTunes, Amazon and Google Play.

“Locked Away” is steadily climbing Billboard’s Hot 100 chart and is currently the #1 greatest gainer on the radio AirPlay chart. The single is also # 1 on the U.S. Shazam chart, #1 on Apple Music chart, #2 on the U.S. iTunes overall singles chart and has amassed 14 million streams worldwide on Spotify! R. City recently unveiled the touching video for the hit single. Watch it here.

R. City are Theron and Timothy Thomas – St. Thomas-born brothers who have produced and written some of the most popular songs in recent memory including multiplatinum, chart-dominating hits like Rihanna’s “Pour It Up,” Nicki Minaj’s “The Night Is Still Young,” and Miley Cyrus’ “We Can’t Stop.” R. City has also contributed to numerous Grammy Award winning and nominated albums including Rihanna’s Unapologetic (won Best Urban Contemporary Album), Jennifer Hudson’s self-titled album (won Best R&B Album) and Ariana Grande’s My Everything (nominated for Best Pop Vocal Album).

Veteran hitmakers in the studio for years, the duo is now poised to make their mark as chart-topping artists. On their major label debut album, the brothers collaborated with Dr. Luke on an album true to their roots and their own voice. “It’s our own genre,” asserts Theron. “We call it Caribbean hip-hop. There are elements of rap and the islands. This is the first time most people will really hear us, so we wanted to come out with something big.”

Click links below to listen to:
“Checking For You”
“Take You Down”