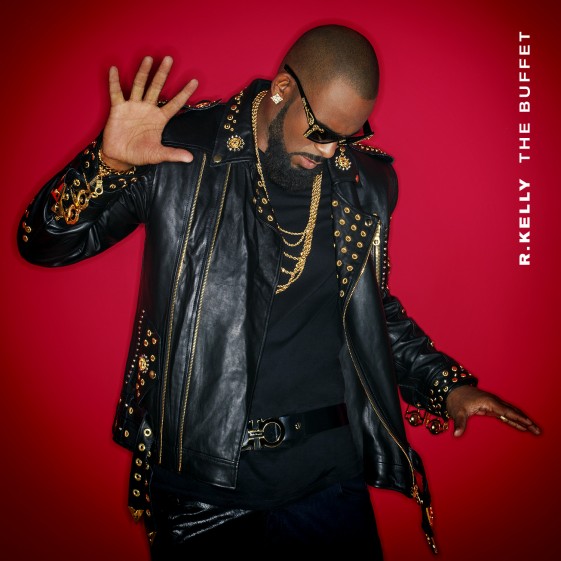 R. Kelly’s ‘The Buffet’ Debuts At #1 On R&B Album And R&B/Hip-Hop Album Charts

Kelly, the three-time Grammy Award winner, multi-platinum selling singer, songwriter and producer, enters at #1 on both the Billboard R&B Albums and R&B/Hip-Hop Albums charts with The Buffet. This chart entry mark’s Kelly’s thirteenth consecutive debut at either #1 or #2 on the R&B Albums chart.

USA Today proclaims that The Buffet, “With its fluid vocals, ingratiating hooks and sinuous grooves, the album sees Kelly reaffirming his place as one of R&B’s great romancers.”

Lauded as an R&B legend, R. Kelly is one of the most successful artists of all time with over 40 million albums sold worldwide, 3 Grammy Awards, 6 American Music Awards, 6 Billboard Awards, and 8 Soul Train Awards.  His chart-topping hits range from “Bump N’ Grind” and “Your Body’s Callin” to Grammy Award winning “I Believe I Can Fly” and everything in between.   In addition to recent collaborations with Chance The Rapper (“Somewhere In Paradise”), Lady Gaga (“Do What U Want”), Justin Bieber (“PYD”), Phoenix (“Trying To Be Cool” remix) and Bruno Mars (“Gorilla” remix),  R. Kelly has scored hit songs for Michael Jackson (“You Are Not Alone”), Celine Dion (“I’m Your Angel”), Maxwell (“Fortunate”) and countless others. With a music career spanning over 25 years, R. Kelly has proven time and time again he’s the “King of R&B.”