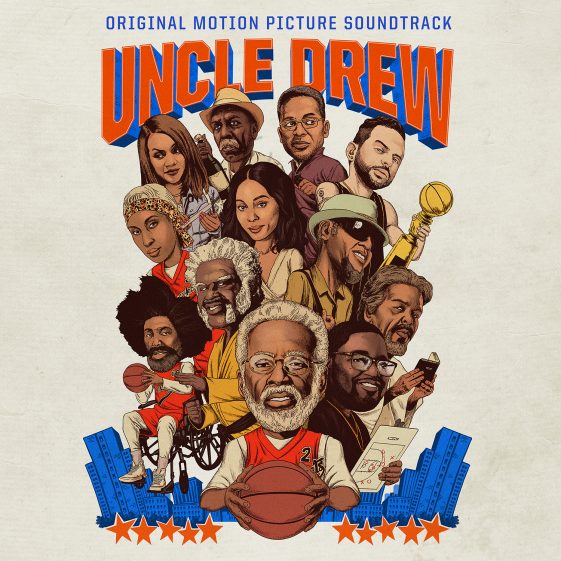 RCA Records And Lionsgate Recruit Additional Artists For Uncle Drew Soundtrack As They Announce Track List; Soundtrack To Be Released On June 15th

Joining G-Eazy, Yo Gotti, YBN Nahmir, A$AP Rocky, Gucci Mane, 21 Savage and London On Da Track on the all-star soundtrack are Khalid, A$AP Ferg, Tone Stith, 2 Chainz, GoldLink, Logic, French Montana, Remy Ma, Wiz Khalifa, Leikeli47, Grace and more (full track list below).  Making a special guest appearance on the soundtrack is none other than UNCLE DREW star Kyrie Irving with LunchMoney Lewis. “It was an honor working with The Stereotypes on my first ever song,” Irving said. “Being on a soundtrack with this amazing list of artists is incredibly humbling.”

Additionally, Tone Stith and 2 Chainz release the next track from the soundtrack, “Light Flex” today. The Stereotypes produced track is available now at digital providers.

“Light Flex” comes on the heels of G-Eazy’s “1942” featuring Yo Gotti and YBN Nahmir, which already has nearly 10 million streams worldwide and had XXL calling the track “a banger.” The first single, “Cocky” by A$AP Rocky, Gucci Mane & 21 Savage feat. London On Da Track, has racked up an impressive 20 million streams worldwide and was praised as “a bona fide slammer” by Noisey. After the two singles were released Complex stated, “Considering the strength of the singles released from the soundtrack so far, it’s looking like the whole soundtrack is going to be required listening when it drops in June.”

After draining his life savings to enter a team in the Rucker Classic street ball tournament in Harlem, Dax (Lil Rel Howery) is dealt a series of unfortunate setbacks, including losing his team to his longtime rival (Nick Kroll). Desperate to win the tournament and the cash prize, Dax stumbles upon the man, the myth, the legend UNCLE DREW (NBA All-Star Kyrie Irving) and convinces him to return to the court one more time. The two men embark on a road trip to round up Drew’s old basketball squad (Shaquille O’Neal, Chris Webber, Reggie Miller, Nate Robinson, and Lisa Leslie) and prove that a group of seniors can still win the big one.

After a successful five years as a fan-favorite digital episodic series, originally conceived by Pepsi, UNCLE DREW, will hit theaters June 29th. The digital series has garnered more than 150 million views on YouTube – the most watched basketball series in history.

To Listen or Purchase “Light Flex”

For More About UNCLE DREW:

The first major new studio in decades, Lionsgate is a global content platform whose films, television series, digital products and linear and over-the-top platforms reach next generation audiences around the world.  In addition to its filmed entertainment leadership, Lionsgate content drives a growing presence in interactive and location-based entertainment, gaming, virtual reality and other new entertainment technologies.  Lionsgate’s content initiatives are backed by a 16,000-title film and television library and delivered through a global licensing infrastructure.  The Lionsgate brand is synonymous with original, daring and ground-breaking content created with special emphasis on the evolving patterns and diverse composition of the Company’s worldwide consumer base.