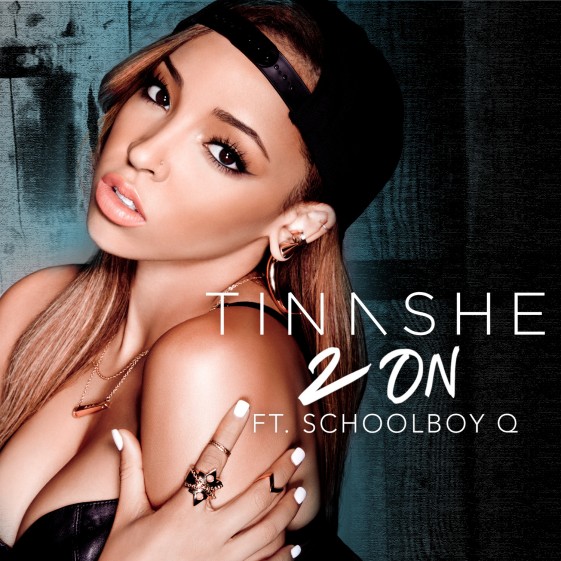 Tinashe Premieres Video For “2 On” Featuring Schoolboy Q On Vevo

Today RCA Records’ much buzzed about recording artist TINASHE is pleased to announce the premiere of the music video for her brand-new single “2 On” featuring ScHoolboy Q. The song is the first official single off of Tinashe’s upcoming debut album and is written by Tinashe herself, along with Bobby Brackins pka Redwine & ScHoolboy Q. The track was produced by mega producer DJ Mustard (Young Jeezy, Tyga, Kid Ink). The music video was directed by veteran video director Hannah Lux Davis (Lil Wayne, Ciara, Miley Cyrus) and choreographed by JaQuel Knight (Beyonce, Britney Spears, Christina Aguilera).

The video, with its thrilling choreography and feel-good vibe, showcases Tinashe’s charisma as well as her energetic and magnetic skills as a performer.

“‘2 On’ is meant to be fun. It’s about celebrating being young, going out, being with your friends, and living it up. That was my inspiration,” says Tinashe. “It’s got a West Coast vibe with ScHoolboy Q and DJ Mustard, but it has my spin too. I wanted the visuals for the song to capture that mood.”

Tinashe recently wrapped up a celebratory week during her debut at SXSW, where she performed at showcases for Hype Machine (The Gorilla Vs. Bear/Yours Tru.ly Hype Hotel showcase), Nylon Magazine, and Boiler Room. Her dynamic and captivating live show received attention from the likes of The Austin-American Statesman, Rolling Stone, and even Beats Music. New York Magazine recently featured Tinashe in its list of the 10 female artists to watch in 2014. Her upcoming studio album will be her first official release for RCA Records when it is out later in 2014.