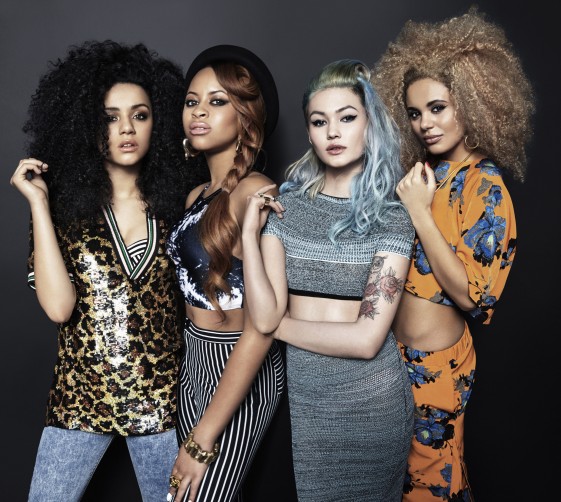 “Trouble” was released in the UK in September of 2013 and it was featured on the TV series “Dancing with the Stars” in late October last year. “Braveheart,” another track on the EP spent three weeks in the UK Official Singles Chart top 10, peaking at #4, and it reached top 20 in the UK airplay chart. Last year, Neon Jungle was the first UK band to ever perform at the Victoria’s Secret show alongside Taylor Swift and Fallout Boy.

Neon Jungle are Jess (age 21) the oldest member of the band who has previously worked as an actress in London, Amira (age 18) a London native who has always known she wanted to be a performer, Shereen (age 17) the youngest member of the band from Scotland who was inspired by her father to become a singer, and Asami (age 18) the half Japanese and half English singer who was born into a musical family in Japan.