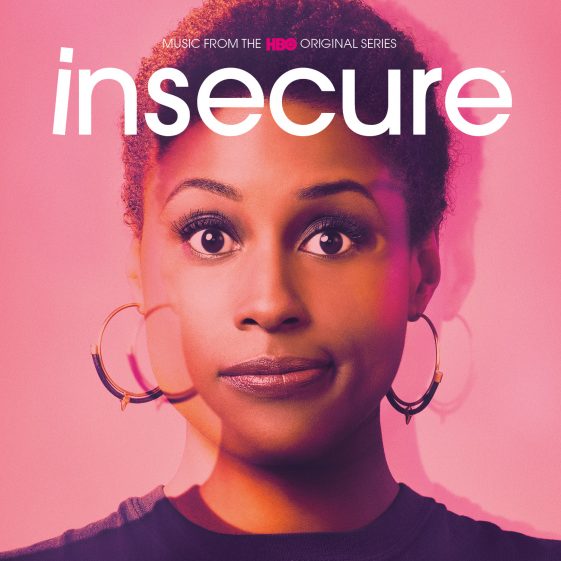 D’ANGELO AND THE VANGUARD, THUNDERCAT, GOLDLINK, THE INTERNET, GUORDAN BANKS, KING AND MORE

From the hysterical “Broken Pussy,” performed by the show’s creator and Golden Globe-nominated star Issa Rae, featuring Kelis, to Thundercat’s “Heartbreaks + Setbacks,” the collection of music from both indie and established artists touches on a variety of social and relationship issues highlighted in the series.

“Music is such a huge part of Issa’s life on the show,” said Insecure creator and star Issa Rae. “She uses it to channel her emotions and work through her insecurities – and we worked hard to make sure the music on the soundtrack reflected Issa’s story and the stories of all of our characters. I’m so excited to get this soundtrack in the hands of viewers who have responded so enthusiastically to the music and the show.”

Insecure follows best friends Issa (Rae) and Molly (Yvonne Orji) as they navigate the tricky professional and personal terrain of Los Angeles, while facing the challenges of being two black women who defy all stereotypes. The series explores the black female experience in a subtle, witty and authentic way, as Issa and Molly stumble their way towards pulling their lives together, while trying their hardest to never settle for less.

About HBO Global Licensing
HBO Global Licensing officially licenses the HBO® brand for the development and merchandising of innovative product lines inspired by the network’s award-winning programming. With products created around hit series like Game of Thrones® and Silicon Valley® as well as classic series like The Sopranos®, Sex and the City®, True Blood® and Entourage, items include fashion apparel, figures, jewelry, digital and CD soundtracks, prop and costume replicas, games, books, and beverages, as well as exclusive, premium collections in partnership with upscale, designer brands. Merchandise can be purchased in retail stores nationwide, at http://store.hbo.com, and at the groundbreaking HBO retail hub, the HBO Shop®, located at 42nd and 6th Avenue in New York City. HBO Global Licensing products are also sold internationally across Europe (www.hboshopeu.com), Asia and Australia.