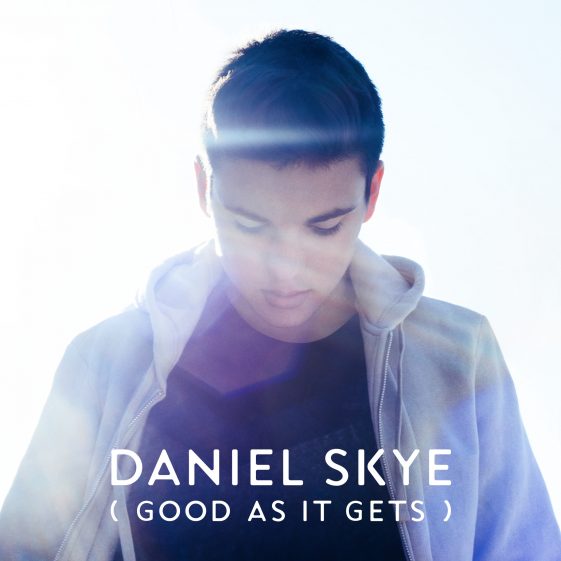 Daniel released his debut single with RCA and video “Good As It Gets” today to celebrate his signing with RCA Records. The video for “Good As It Gets” premiered today on Tiger Beat.  CLICK HERE to listen/watch it now. “Good As It Gets” was co-written by Daniel Skye and produced by Charlie Handsome (Kanye West, Post Malone, Mac Miller). The video was directed by Van Alpert and filmed in Los Angeles.

Raised in Hollywood, Florida and now an LA resident, Daniel has dedicated the last 3 years of his life to music, and has amassed an extraordinary amount of popularity online, with over 5 million followers combined on his social platforms (2.2m Instagram, 1.6m Musically, 755k Vine, 610k Twitter followers, 320k YouTube/Vevo subscribers and 228k Facebook friends, and growing every day).

At such a young age, Skye already has considerable touring mileage under his belt, performing at major venues across the U.S. on tours such as at last year’s DigiFest with Demi Lovato, Magcon, Sunsation, and was selected to perform as part of Macy’s back to school campaign where he was greeted with thousands of screaming fans. Click Here to watch a video of one of these in store performances.

Daniel released his first original song “Maybe” in December 2014, which has earned over 3.6 million views on YouTube, and features behind-the-scenes footage of Daniel on tour. Click HERE to watch it now. His second original song “LoveSick Day,” charted on the iTunes Pop singles chart to great fanfare. In May 2015, he released “All I Want” feat. Cameron Dallas, which debuted on iHeart, and instantly climbed the iTunes Pop charts to #12 in the US, and charted Top 5 in various countries overseas.  His most recent single and video for “Smile” was released earlier this summer and has amassed already 3.4 million views since its release in July.