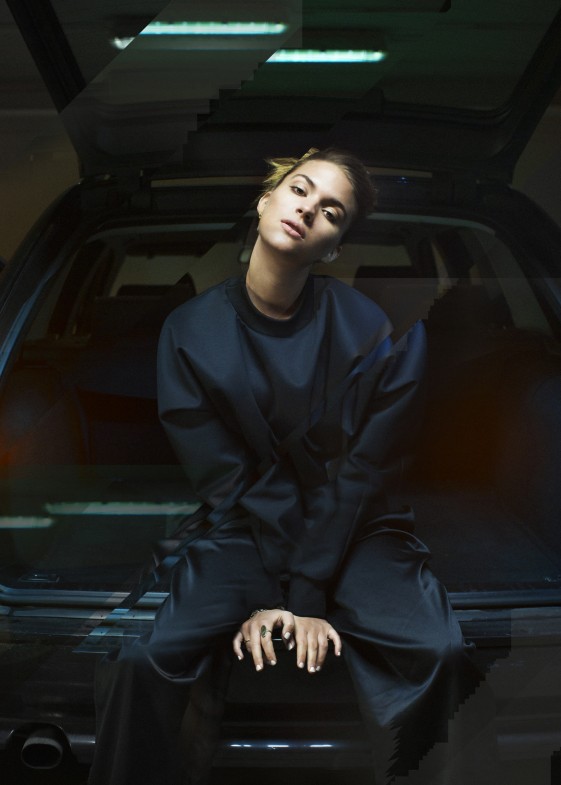 Records announces today the signing of Swedish recording artist Tove Styrke and is set release her highly anticipated US debut Borderline EP on November 23rd. The Borderline EP is available now for pre-order on iTunes. Listen to the EP title track and lead single “Borderline” now on Spotify and Vevo.

Upon release, “Borderline” held the #1 spot on the coveted Hype Machine “Popular Chart.” “Off-kilter guitar strumming, warm steel drum washes and a bounty of attitude,” described The Fader who recently premiered the music video for “Borderline.” The video was shot on the Nordic Island of Svalbard close to the North Pole offering a stunning yet edgy setting for a song that pushes the boundaries of modern pop with its production, dancehall undertones and sharp lyricism (WATCH VIDEO HERE). Tove burst onto the international music scene earlier this year with the release of the critically acclaimed track, “Even If I’m Loud It Doesn’t Mean I’m Talking To You,” which is also featured on the Borderline EP.

Her infectious new single “Borderline” grabbed the attention of music industry tastemakers worldwide and in publications such as Dazed & Confused, Noisey (VICE), Billboard, Stereogum, and more.

Comments Tove about “Borderline,” “I think that one of the great things you can do with pop music is describe things that are important in a simple way. I love taking complex ideas that are reflective of society as a whole, rather than problems that are specific to me, and working them out in a naive way.”

At the age of 16, Styrke was discovered on Swedish Idol. Her success on Idol landed her a record deal with Sony Sweden which led to the 2010 release of her debut album, Tove Styrke. The album went platinum in her native Sweden and earned the talented singer and songwriter a Swedish Grammy nomination.

“Tove Styrke is an incredibly compelling new artist and songwriter and we are thrilled to have her join us at RCA,” comments Tom Corson, President and COO of RCA Records.

At the age of 22, Tove Styrke is making her US debut with the release of her Borderline EP with plans to release her first full length US album in spring 2015 on RCA Records/Sony Sweden.

“Tove has a unique and unprecedented sound,” remarks Peter Edge, CEO of RCA Records. “We are fortunate that Tove has chosen RCA as her home and look forward to bringing her creative vision to the next level.”