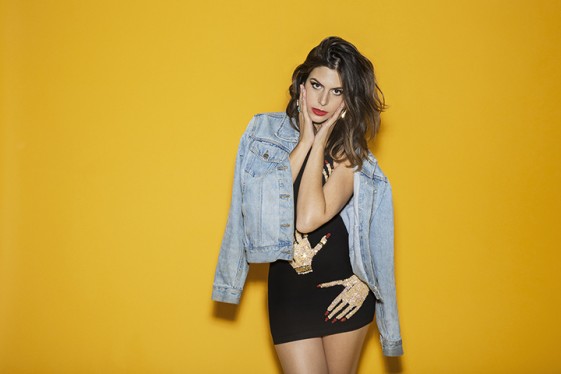 RCA Records is thrilled to announce the signing of pop singer-songwriter FRANKIE. FRANKIE will be releasing her first EP, “Dreamstate” on RCA Records on August 28th – which will feature her popular viral smash “Problems Problems.”

Since bursting onto the scene earlier this year FRANKIE has amassed over 1.4 million Spotify streams of “Problems Problems” with Idolator calling it a “head-bopping track” with a “catchy hook”. Last month Billboard included her track “New Obsession”, which will also be on the EP, in their list of “20 Pop Songs You Need For Your Summer Playlist” calling it a “slick, wildly engaging highlight.”

Says FRANKIE, “I love the sounds of female artists from the 70’s and 90’s and how they represented girl power by being completely themselves and making no apologies for it. It’s something has really inspired me and that I try to channel into my music. I am so excited to sign with RCA because they totally support and get my vision. I can’t wait to share with everyone what I’ve been working on!”

23 year old FRANKIE hails from Oakland, CA and currently makes her home in Los Angeles where she is in the studio working on her debut album for RCA Records due out in 2016.