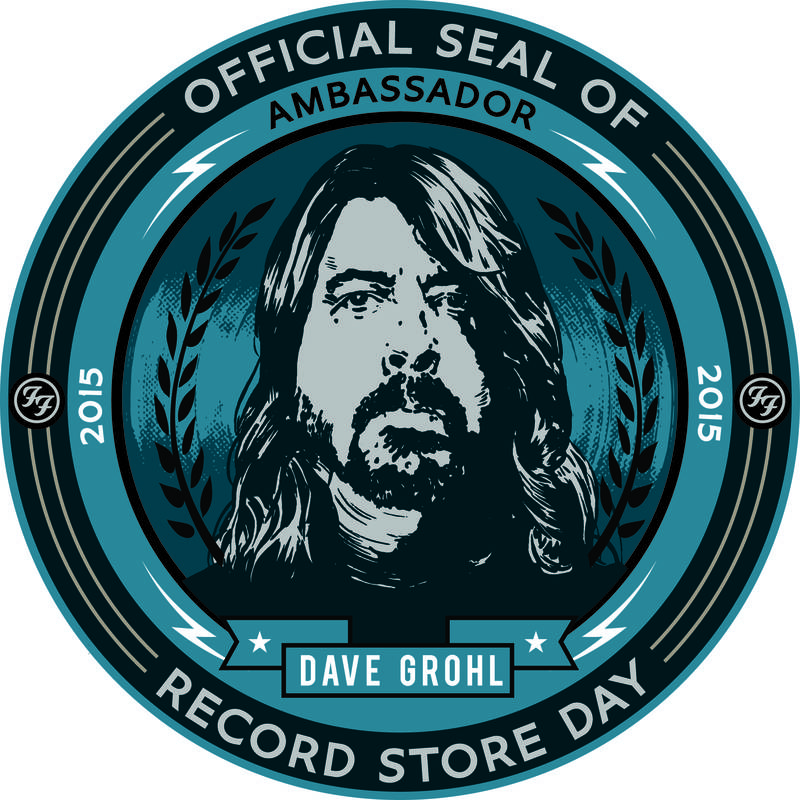 The party in 2015 will once again cement Record Store Day’s legacy as the music industry’s biggest holiday, celebrating the culture of the independent record store worldwide on Saturday, April 18th.
More than ever, this year’s choice for the event’s emissary pulls together the ethos and attitude of Record Store Day for artists and fans, alike. He is a legend whether at the mic with a guitar, behind a drum kit or in the director’s chair for a documentary feature film or HBO series. He’s won 15 Grammys and sold tens of millions of records—25+ million of them with his band that celebrates its 20th anniversary this year—but more than anything he is a music lover and fan…

His name is Dave Grohl, and Record Store Day is damn proud to have him as its 2015 Ambassador. And Ambassador Grohl has something to say about record stores:

“I found my calling in the back bin of a dark, dusty record store.

1975’s K-Tel’s Blockbuster 20 Original Hits by the original Stars featuring Alice Cooper, War, Kool and the Gang, Average White Band and many more, bought at a small record shop in my suburban Virginia neighborhood, it was this record that changed my life and made me want to become a musician. The second that I heard Edgar Winter’s “Frankenstein” kick in, I was hooked. My life had been changed forever. This was the first day of the rest of my life.

More recently, I’ve been fortunate enough to have the opportunity to rediscover this sense of excitement, that magical feeling of finding something all one’s own, by watching my kids go through it. Watching them realize how crucial and intertwined every part of this experience is, I relive the magic of my earliest experiences with vinyl singles and albums, their artwork, liners notes etc. all over again and again.

I believe that the power of the record store to inspire is still alive and well, and that their importance to our next generation of musicians is crucial.”
Adds Michael Kurtz, Co-founder, Record Store Day, “It’s such a buzz to have Dave be our Ambassador this year and to have him put out a record in honor of Record Store Day. He’s one of those rare artists that dives into local communities and wallows in our charms and eccentricities. Yeah, we’re a little weird but we like it like that and apparently Dave does too. We couldn’t be happier.” Find the full statement from Dave Grohl, along with his special Record Store Day video at www.recordstoreday.com

Ambassador Grohl will also be participating in Record Store Day by releasing SONGS FROM THE LAUNDRY ROOM, a 10” four-track EP featuring previously unreleased Foo Fighters demos, covers and songs. The Official List of Record Store Day Releases will be announced at a press conference at Rough Trade in Brooklyn on Tuesday, March 10th.
More information to come.

Record Store Day is managed by the Department of Record Stores and is organized in partnership with the Alliance of Independent Media Stores (AIMS), the Coalition of Independent Music Stores (CIMS) and celebrates the culture of independent record stores by playing host to in-store events/performances, signings and special product releases on a global scale.