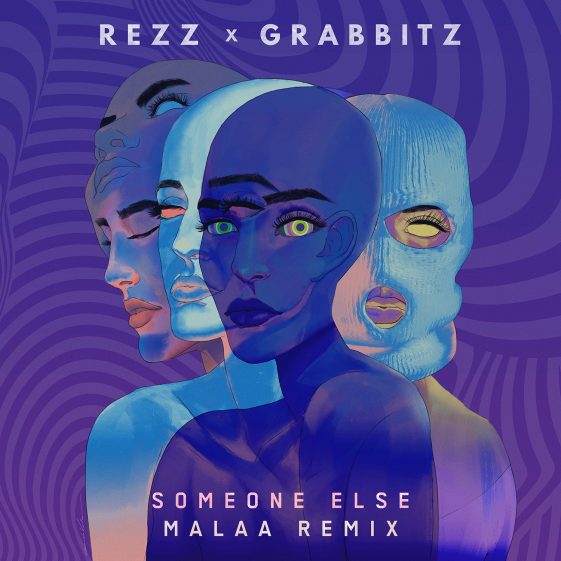 REZZ And Grabbitz Release “Someone Else (Malaa Remix)”

REZZ AND GRABBITZ RELEASE “SOMEONE ELSE (MALAA REMIX)”

(Los Angeles – July 10th, 2020) Today, REZZ and Grabbitz release the Malaa Remix for their track “Someone Else” via RCA Records. This is the first ever official remix of a REZZ track. Listen HERE. The original track was released in April and has garnered over 8.7 million video and audio streams worldwide and has reached #15 on Alt Radio in the US and #2 in Canada. Billboard called REZZ and Grabbitz coming together “a match made in electronic heaven.”

Last week, REZZ received The JUNO Award for Electronic Album of the Year for her work on Beyond The Senses which was her first independent project released in 2019.

25-year-old Canadian DJ/producer Isabelle Rezazadeh AKA REZZ has racked up tens of millions of streams, sold out legendary venues and headlined top festivals around the world. She oozes originality and produces genre-bending electronic works, striking a sharp balance between bass-heavy and minimal tech compositions. Her first independent project – the adventurous Beyond The Senses EP – was released in 2019 and received praise from Alternative Press, SPIN and Billboard who called it “her most impactful project to date.” She graced the cover of Billboard’s 2019 Dance Issue and has been attributed as being at the forefront of the dance and rock music crossover. Already, 2020 has marked a banner year for the producer who released her first single through RCA Records “Someone Else.” Alternative Press praised the song upon its release, including it as the lead track in their weekly playlist. They called the video “another high point in REZZ’s canon,” saying, “…the song evokes a sinister groove that will appeal to dance music devotees as well as industrial rivetheads…”

Praised by the likes of Rolling Stone and Billboard, while notching over 80 million streams to date, Grabbitz has allotted critical praise and adoration from a wide audience alike. He’s shown his voice and music have evolved in real time from his beginnings in dance music, to a more alternative, genre-less hybrid. He has collaborated with heavy hitters like deadmau5, Pendulum, NGHTMRE and now REZZ. Grabbitz is primed to have an unmistakable voice in the electronic world and beyond.

Masked by his iconic balaclava on stage, MALAA’s identity remains unknown. Though with over a dozen singles and EP’s under Tchami’s Confession label, MALAA has made his presence known in the underground dance music community. His work has been recognized and remixed by global artist, Alok, has worked alongside Skrillex and Diplo’s collective, Jack Ü, DJ Snake, and combined forces with Tchami on NO REDEMPTION. MALAA has graced stages across the globe, featuring appearances at Ultra Music Festivals, Lollapalooza, Holy Ship!, Creamfields, Breakaway, HARD Summer Music Festival, Moonrise, Spring Awakening, EDC and more.

To Buy/Stream/Listen to “Someone Else (Malaa Remix)”