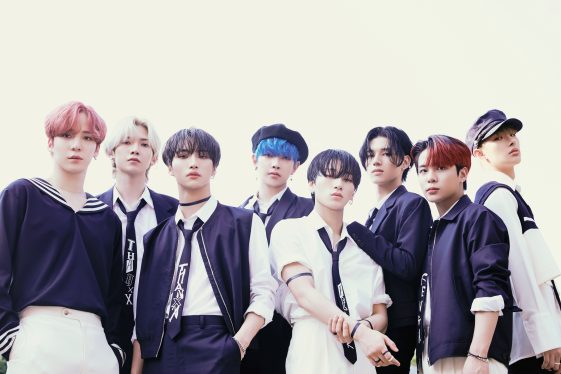 (New York, New York – July 30, 2020) – After the highly successful release of their TREASURE series in January, rising K-POP Group ATEEZ is back with a whole new series of music. Today, ATEEZ releases their fifth EP ZERO: FEVER Part. 1 (listen here). The EP features two lead tracks “THANXX” and “INCEPTION” as well as 5 additional tracks that sees the group exploring different genres of music and something their fans have never seen from them.  You can watch performance videos of “THANXX” here and “INCEPTION” here.

In celebration of the EP, the group has also released a 16-minute “Diary Film” of the EP that gives fans a sneak peek at the storyline that will unfold in this series of music (watch here). ZERO: FEVER Part. 1 tells the story before the journey of TREASURE series began. They gather one by one to eventually become eight, each with a fluttering heart, and promise to pursue their untamed dreams together in their very own hideout without making compromises with the world. But happiness doesn’t last for long – the dream which connected the boys soon breaks into eight separate pieces in the tide of reality. When they suffer with their own fevers at different places, something drives them back to the place where their hearts once beat as one.

ATEEZ finished their TREASURE series in January this year, setting new records with the release by topping the iTunes Albums Chart in 36 regions all over the world, as well as taking the No. 1 place on Korea’s Gaon Albums Chart and Hanteo Global Chart. They were also awarded the Worldwide Fans’ Choice award at the 2019 MAMA and the Next Generation award at the 34th Golden Disc Awards, sporting a surprising level of growth within the short amount of time they have had after their debut. With a detailed storyline and unique concept, ATEEZ’s music has been loved by fans all over the world and all eyes are on the group’s new series to begin yet again.