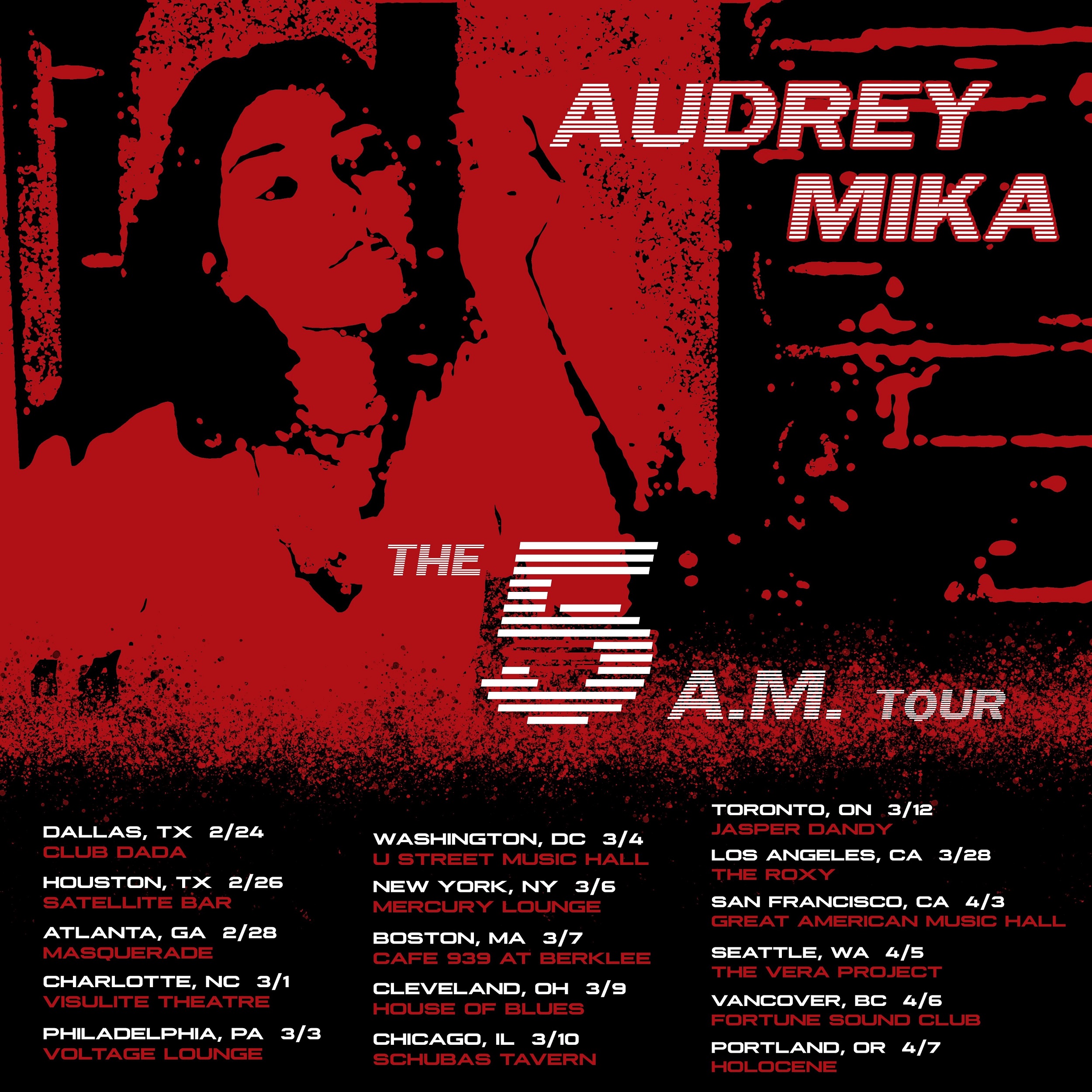 FORTHCOMING EP TITLED 5 A.M. DUE OUT NEXT MONTH

(January 8th, 2020 – Los Angeles, CA) – 19 year-old rising star Audrey Mika is excited to announce headlining dates for her “5 A.M.” tour which kicks off late next month and includes stops in major cities like New York, Chicago and Los Angeles. This tour is in support of her forthcoming EP titled 5 A.M. which is due out next month.

The EP includes previously released tracks “Y U Gotta B Like That” which has amassed over 534K videos on TikTok and hit #6 on the platforms trending chart, “Change Your Heart” and “Fake Heartbreak” which Idolator called “soulful” and Ones to Watch praised its “gorgeous bluesy vibe.” Watch the official video HERE.

Tickets for the tour are on sale to the general public this Friday, January 10th at 12pm local time. See tour dates below and to purchase tickets please visit the appropriate link.

Hailing from the Bay Area, 19 year-old Audrey Mika first rose to prominence as a YouTube sensation whose following has continued to grow with her unique covers of popular hits. She has amassed over 1 million YouTube subscribers who flock to check out her original material such as her two prior projects, 2018’s “Are We There Yet” and 2019’s “Level Up”, which she recorded entirely on GarageBand. She’s been called a “rising star’ by Paper Magazine and her original music was praised by Ones To Watch who called it “incredible”.