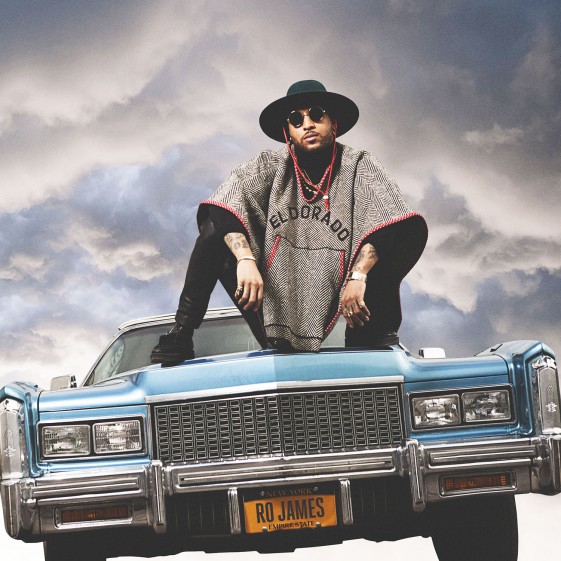 ELDORADO’s lead single, the sultry “Permission,” produced by Soundz (Justin Bieber, Trey Songz), was co-written by Ro and Verse Simmonds (Rihanna, Chris Brown, K. Michelle). “Permission” has been streamed nearly 5 million times on Spotify and its accompanying video has been viewed over 5 million times on YouTube and Vevo. Click here to watch. Of the song, Solange’s Saint Heron says, “[‘Permission’] captures the fervent tenacity of Ro’s voice, while still captivating listeners with its undemanding sex appeal to create a sound that is easily winsome.” The track has also earned praise from many artists including Snoop Dogg who recently posted on Instagram calling “Permission” “bangin’.”

Fans can also experience Ro James’ live performance as he joins Maxwell on the “SUMMERS’ Tour 2016.” Maxwell shared the news last week on his Twitter to his nearly 1 million followers. Click here to see the tweet. Dates with Ro James to be announced soon.

“I am excited to share my journey over the past two years,” says Ro of releasing ELDORADO. “I am inspired by my growth and reflecting on where I started to where I am now and the process in between. I chose not to give up on my dreams and ELDORADO represents my journey to reaching them.”

Born in Stuttgart, Germany to a military father turned preacher, Ro James found himself moving around for most of his childhood. From Indiana, California, Hawaii, Oklahoma to the place he now calls home, New York, music was always in the forefront of James’ life. His musical inspirations come from the sounds of Johnny Cash, Prince, Tupac, Jodeci, and more. Since his emergence in 2013, Ro James has worked with the likes of Miguel and Brenmar. That same year he also released an EP trilogy: Coke, Jack & Cadillacs, which received critical praise from outlets such as The FADER, The Source, VIBE, and HypeTrak. Noisey calls his music, “a subtle blend of smoothed out, soulful R&B…” and Billboard declares “James’ sound is reminiscent of the greats, think Prince meets D’Angelo…” Combining these influences with his journey, he has crafted his best work to date on ELDORADO. With Ro’s soulful grit, impassioned vocals and clear vision as an artist, he is poised to be music’s next big breakout star.