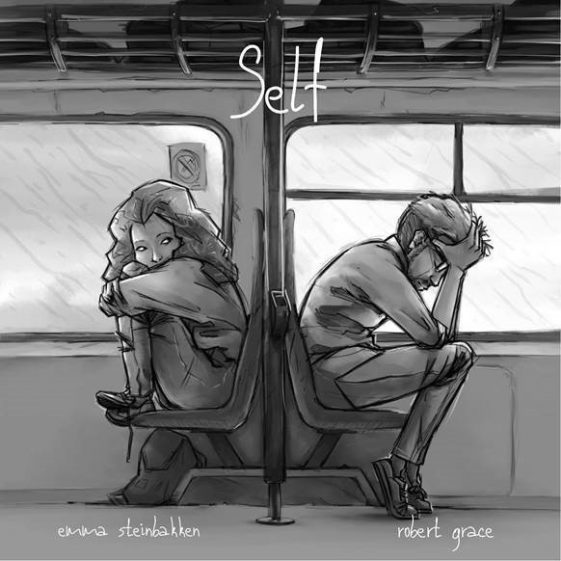 (Los Angeles, CA – July 2nd, 2021) – Irish pop newcomer Robert Grace teams up with Norwegian pop star Emma Steinbakken to release “Self” along with the music video via Sony Music Germany/RCA Records. Watch HERE. With “Self”, Robert Grace has once again managed to produce cool and sincere pop with a unique ease. “Self” is carried by a breezy laidback beat and completed by Robert’s and Emma’s distinctive voices. The song is about fighting the inner monologue that tries to ruin every good situation you put yourself in. Robert himself says about “Self”: “I love this song so much because it’s about me. It IS me essentially. Super personal, super raw.”

Robert has managed to collect over 1.7 million followers on TikTok and over 72 thousand followers on Instagram in record time. He also has over 16.5 million streams to date. Robert has enlisted the support of Emma Steinbakken for his new project. Age 18 Emma is already in the midst of a successful career. For example, she has managed to release a number 1 single in Norway and has already collected several million views on YouTube.

The collaboration with Emma Steinbakken began initially through Robert’s management. About this Robert says: “They got in touch with Emma’s team to see what they thought of the song and if she would be interested in the collab. Thankfully she was because her voice is amazing and works so well on the track. We got to chat a few times and since then we are both so excited for the release!”

Robert’s first track for Sony Music Germany/RCA Records was “Fake Fine”  which went platinum in Ireland, spent five weeks at No 1 on both the Irish Homegrown Charts and the Shazam Ireland Charts.

Alongside Dermot Kennedy and Niall Horan Robert was only the third Irish male solo act to have a top 20 hit in his native country last year. “Fake Fine” spent 6 months in the Irish Airplay charts. The track currently has amassed 10 million plays on Spotify.

His second single “The Hurt You Gave Me” currently has 2 million streams and performed well at both International & Irish radio and has achieved significant DSP support.

Over the past number of months Robert has collaborated and written with artists and writers like gnash, KIDDO, KIN, Jamie Hartman (Rag N’ Bone Man), and Jake Gosling (Ed Sheeran) and has developed into an artist ready to take on the world.

Robert is an accomplished live performer and has performed at Ireland’s leading festivals including Electric Picnic and Indiependence. He was also selected to perform at ESNS in January and at The Great Escape in May.

He has a headline gig booked at Dublin’s prestigious ‘Academy’ venue for Friday November 5th as part of an extensive Irish Tour. Robert will be announcing German, UK & other European dates in due course.