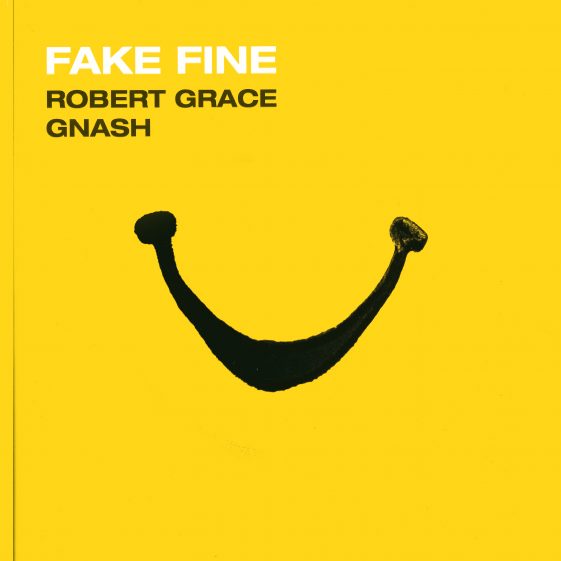 “It’s a pandemic, it’s a fuckin’ disease. And it’s following me …”, Robert Grace states in his super catchy hit “Fake Fine”, which has hit #1 on both the Spotify viral charts and the Shazam Charts in Ireland and furthermore entered the top 10 airplay charts as well as the top 30 general Spotify charts. To date, the track has accumulated over 3 million streams globally – and counting! Just in time for the approaching presidential election, Robert Grace has given his sarcastic pop singalong a little make over with the help of multi-platinum selling singer and producer Gnash, turning it into a refreshingly cynical commentary about the societal and political state we are finding ourselves in currently.

“The song is about acting like you’re fine when really you are not”, Robert Grace says about “Fake Fine”. “When it’s all just pretending. The situation itself might not even be that bad, but, for some reason, something just isn’t right and you try to find out why that is.” In true Irish storytelling fashion, the songwriter, musician, and producer from Graignamanagh, Kilkenny describes the somewhat hazy feeling of feeling beside yourself: “Like you’re somehow in the wrong film and hiding behind a mask.”

Now it is common knowledge that the US president isn’t fond of masks, but on the remake of “Fake Fine”, the 27-year-old US shooting star Gnash drops him a few short, but all the more bold, lines regardless. “Sometimes the universe steers you in directions whose deeper meanings only become apparent later,” Gnash comments on his guest appearance. “In this case, it all began with a tweet that I was tagged in, which later led to a message on Instagram, and then to a FaceTime call – and ultimately culminating in a feature on what has turned out to be one of my favorite tracks of the year so far! In my opinion, ‘Fake Fine’ reflects exactly how many of us feel, especially in regards to this year, 2020. Sometimes it’s hard to get yourself to crack a smile; which is totally fine, especially in times like these. I hope that people find solace in this song and feel encouraged by it when they realize they’re not alone in this.”