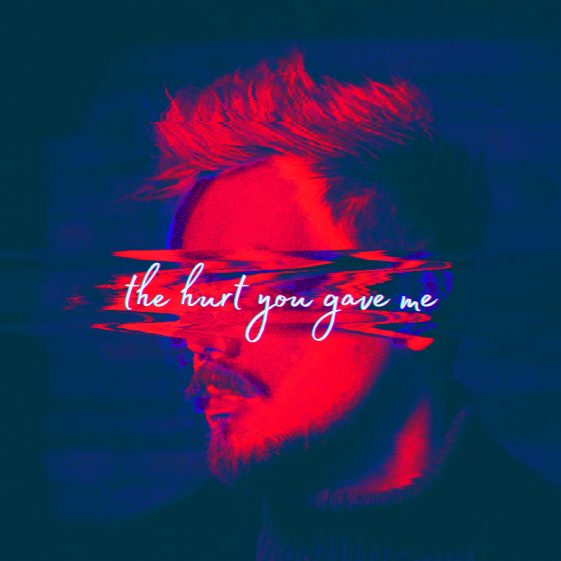 ROBERT GRACE RELEASES “THE HURT YOU GAVE ME”

(Los Angeles, CA – March 12th, 2021) – Irish pop newcomer Robert Grace releases “The Hurt You Gave Me” via Sony Music Germany/RCA Records. Listen HERE. Back in his home country, Robert Grace is considered the Irish intersection between Twenty One Pilots and Jon Bellion. An apt comparison considering that the singer and musician from the Emerald Isle combines an intimate singer/songwriter sensibility with an instantly catchy and sometimes quite tongue-in-cheek pop catchiness. Mr. Grace has already demonstrated his special knack for heavily ironic instant hits last year with the acoustic mood-lifter “Fake Fine” – with his brand new single “The Hurt You Gave Me”, the Irishman now continues his musical self-healing therapy!

Robert Grace loves to walk the fine line between poignant storyteller-melancholy, bittersweet world-weariness-romanticism, and almost disturbingly pop-heavy episodes of black humor, all the way up to sheer sarcasm. It’s his very own strategy to deal with the inner and universal madness of these days. And a perfect plan that has already earned him appearances on all the major TV shows and festivals in his native Ireland, as well as millions of streams for his latest single, “Fake Fine.” Quick fun fact: “Fake Fine” landed 1st place in the Official Irish Homegrown Charts (which exclusively feature Irish and Northern Irish artists), and even reached #20 in the Official Irish Single Charts, which made Robert the third Irish male solo artist to reach the Top 50 in 2020, following Dermot Kennedy and Niall Horan.

With “The Hurt You Gave Me” Robert Grace is releasing – as the title already suggests – a genuine post-breakup song, disguised as an earworm in true Robert Grace songwriting fashion. A bipolar singalong anthem with laid-back urban pop beats, telling the story of the miserable “afterwards”: Of desperate nights, in which one seeks the answers to rhetorical questions with the help of high-percentage soul soothers, just to end up throwing oneself into the arms of some stranger(s). But Robert Grace wouldn’t be himself if he didn’t provide an unexpected yet somehow hopeful twist to all this heartbreak. “All of the songs I write are based on my own experiences,” Robert says. “’The Hurt You Gave Me’ is no exception. It’s about dealing with a broken heart. At the same time, it`s about reclaiming control over your own feelings from the person who’s hurt you so much.”

To Buy/Stream/Watch “The Hurt You Gave Me”: