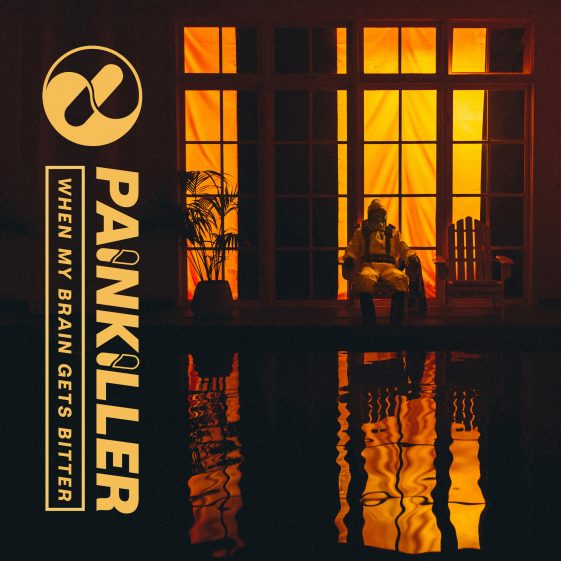 “PAINKILLER” IS THE LEAD SINGLE FROM RUEL’S FORTHCOMING

“If you’re looking for someone to fill the young-pop-prodigy gap in your playlist, look no further than Ruel.”

“…the fifteen-year old wunderkind your playlist is missing” — NYLON Magazine

“Ruel is Ready: He’s proved it five times over on his introductory effort, asserting his musical and lyrical talents through a majestic series of heavy anthems and soulful ballads that cut deep, hitting home every time.” — – Atwood Magazine

“The EP as a whole is a testament to the bright future of pop music, as it is rich with an array of genres, contains a diverse range of relatable lyrical themes, and hosts a number of guaranteed ear worms.”

“The fifteen-year-old Australian turns pop music on its head.”

“Painkiller” was written by Ruel in an LA Airbnb with his chief collaborators M-Phazes and Sarah Aarons, and produced by M-Phazes, who executive produced Ruel’s debut EP. The surreal and quirky video for “Painkiller” was filmed in Australia and was directed by Grey Ghost.

“Painkiller” is the lead single from his forthcoming follow up EP set for release later this year.

His 2018 debut READY introduced the world to then 15 year old Ruel, now 16, whose songwriting talent, emotive vocal delivery and live performances swiftly captivated a dedicated fan base that has grown exponentially with each song and video release.

Ruel began playing guitar at the age of 8 and started to write songs of his own, inspired by Amy Winehouse, Stevie Wonder, Dave Brubeck, Frank Ocean and James Blake. Drawing from his own experiences as a teenager, Ruel explains “all my songs are about personal experiences. Songwriting helps me get through things, feelings that I don’t understand myself. When I write about something, it helps me figure it out in the process. But I want people of all ages, whether they’re 15 or 50, to be able to relate to my songs.”

In 2018, Ruel became the youngest recipient in history to win the prestigious Aria Award (aka the Australian “Grammys”) for “Breakthrough Artist of the Year”.

In 2019, Ruel continues to break records by becoming the youngest male artist in history to sell out the iconic Sydney Opera House, not once, but twice for his upcoming Painkiller Tour in May. Later this year, Ruel will be joining Shawn Mendes on his 2019 fall Australian and New Zealand tour dates, and made a surprise appearance at Coachella performing with SG Lewis.

He also performed at the opening ceremony of the Commonwealth Games and at Tyler The Creator’s “Camp Flog Gnaw” festival, toured with label mate Khalid in Australia, and completed his very own sold out “Ready World Tour” through North America, Australia, New Zealand, Europe and the UK.

This spring Ruel is really just getting started.

WATCH “NOT THINKIN’ BOUT YOU”