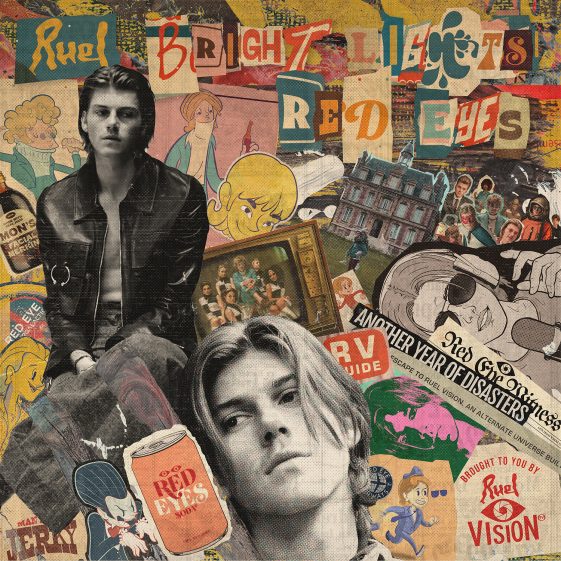 [New York, NY – October 23, 2020] Today, Ruel releases his new EP Bright Lights, Red Eyes via RCA Records. Written entirely in Paris, the EP includes his previously-released singles “as long as you care” and “say it over” featuring Cautious Clay, which PAPER said “delivers the soulful sound Ruel has come to be known for.” The EP also arrives alongside a 60’s mod-themed visualizer for “courage.” Watch it here.

Bright Lights, Red Eyes is the third release from Ruel following last year’s Free Time, which MTV described as “an accomplished reflection of Ruel’s stated influences, contemporary touchstones, and his own, growing voice,” and arrives after his collaboration with Omar Apollo released last week, “Want U Around,” which is featured on Apollo’s debut project Apolonio.

Ruel also shot over 70 pieces of content for his recently launched RuelVision, a 24-hour online television network featuring unique and fun programs starring himself, from music, cooking and karaoke, to news and lifestyle. The ambitious venture is the largest content-driven artist campaign of 2020, and a testament to Ruel’s continual drive to push creative boundaries and offer fun and unexpected content for his fans. The network is live now here.

Listen to Bright Lights, Red Eyes and watch the visualizer for “courage” above, see EP details below, and stay tuned for more from Ruel coming soon.

1.as long as you care

4.say it over feat. Cautious Clay