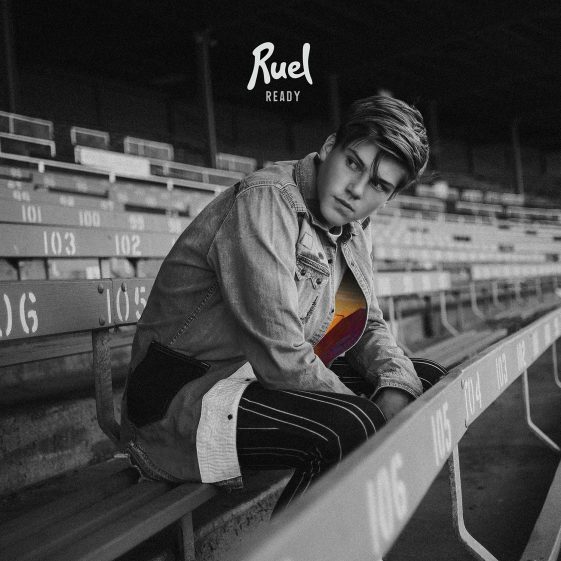 The official video for track “Younger” released in August (WATCH HERE) was directed by Grey Ghost. The video is intended as a short film and explores what it means to choose your path early on in life. “The storyline in the ‘Younger’ video isn’t a direct reinterpretation of the lyrics — so instead of it being about you and your mate choosing different paths over time, it’s about choosing your own path,” Ruel told Billboard Magazine.

“Younger” is the third official release taken from 15-year-old London-born, Australian-raised Ruel’s incredible debut EP “Ready.” Available on all digital platforms worldwide, the 6-track EP was produced by Ruel’s good friend, mentor and collaborator M-Phazes (Eminem, Logic, Kimbra, Zara Larsson, KYLE) and includes previously released standouts, “Don’t Tell Me,” and “Dazed & Confused,” which had PAPER Magazine praising it for its “million-dollar chorus” and “slow-burning beat sure to lodge itself in your prefrontal cortex,” and TIME Magazine drawing comparisons “in the vein of Purpose-era Justin Bieber’s most mature and earworm-ready hits,” adding “Dazed and Confused” stands apart by drawing on blues and R&B for added depth.”

After picking up and learning to play the guitar at 8 years old, Ruel started to write songs of his own, drawing inspiration from Amy Winehouse, Stevie Wonder, Dave Brubeck, Frank Ocean and James Blake. Drawing from his own experiences as a teenager, Ruel explains “all my songs are about personal experiences. Songwriting helps me get through things, feelings that I don’t understand myself. When I write about something, it helps me figure it out in the process. But I want people of all ages, whether they’re 15 or 50, to be able to relate to my songs.”

Ruel’s “Ready” EP is out now via RCA Records.

“If you’re looking for someone to fill the young-pop-prodigy gap in your playlist, look no further than Ruel.”

“Ruel is the 15-year-old wunderkind your playlist is missing”

“Ruel is Ready: He’s proved it five times over on his introductory effort, asserting his musical and lyrical talents through a majestic series of heavy anthems and soulful ballads that cut deep, hitting home every time.”

“The EP as a whole is a testament to the bright future of pop music, as it is rich with an array of genres, contains a diverse range of relatable lyrical themes, and hosts a number of guaranteed ear worms.”

“The fifteen-year-old Australian turns pop music on its head.”