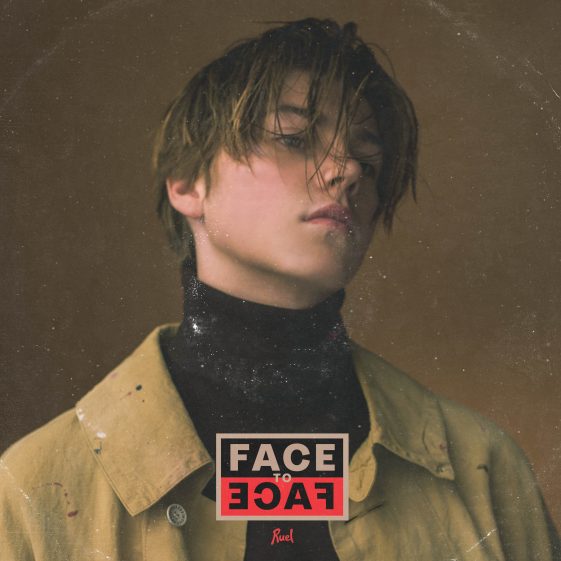 “FACE TO FACE” OUT EVERYWHERE NOW

Following the release of his critically-acclaimed debut READY EP, which earned him Multi-Platinum and Gold status with singles “Dazed & Confused” and “Younger,” as well as becoming the youngest recipient in history to win the prestigious ARIA Award for Breakthrough Artist Of The Year in his native Australia, 16-year-old RCA Records artist RUEL returns today with “Face To Face,” alongside news of a North American headlining tour, starting on October 8.

“Face To Face” was produced by long-time collaborator, GRAMMY® Award-winning M-Phazes and was inspired by the obsessions and perceived rejections encountered on social media and is accompanied by the hilarious, tongue-in-cheek Grey Ghost-directed music video, also out today. Watch the official music video for “Face To Face” HERE.

Inspired by Amy Winehouse, Stevie Wonder, Dave Brubeck, Frank Ocean and James Blake, Ruel first began playing guitar and writing his own material at the age of 8. Fast-forward to present day, in just under 18-months since his 2017 debut single “Don’t Tell Me,” the teenage musical prodigy has received co-signs from the likes of Shawn Mendes, Khalid, SG Lewis, Zane Lowe and Elton John, has become the youngest male to TWICE sell out the iconic Sydney Opera House, has sold out headlining shows across North America, Australia, Asia and Europe, and has since amassed more than 300 million combined global streams to date.

Showing no signs of slowing down, Ruel will be returning to North America and will be kicking off his 13-date headlining FREE TIME tour on October 8 in San Francisco. For a full list of tour dates and ticket information, go to https://www.oneruel.com

“Face To Face” is out everywhere now.