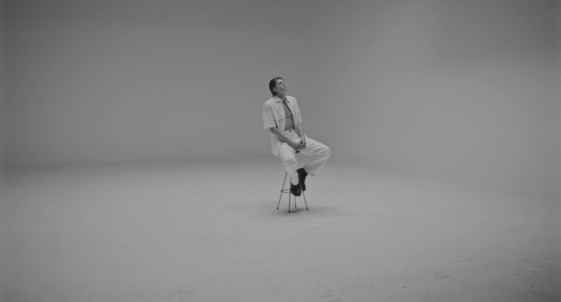 Today, Ruel shares a video for “say it over” feat. Cautious Clay, a standout track from Ruel’s new EP Bright Lights, Red Eyes, out now via RCA Records. “say it over” was described by PAPER as a song that “delivers the soulful sound Ruel has come to be known for.” The minimalist, black and white visuals of the Grey Ghost-directed video compliment a highly emotive visual performance from Ruel with a beautiful cameo from Cautious filmed in NY. Written entirely in Paris, the EP includes previously-released singles “courage,” which arrived with a 60’s mod-themed visualizer, “as long as you care,” and “distance,” another gem from the EP with a visual on the way.

Bright Lights, Red Eyes is the third release from Ruel following last year’s Free Time, which MTV described as “an accomplished reflection of Ruel’s stated influences, contemporary touchstones, and his own, growing voice,” and arrives after his collaboration with Omar Apollo in October, “Want U Around,” which is featured on Apollo’s debut project Apolonio.

At a young age, Sydney-bred, London-born vocalist Ruel’s resume reads like that of a seasoned global superstar. With half a billion streams, over 1.4 million followers on Instagram, three sold-out world tours and five Platinum plaques under his belt, Ruel is a trailblazer who’s far exceeded the omnipresent hype and overwhelming fan frenzy that surrounds him globally.