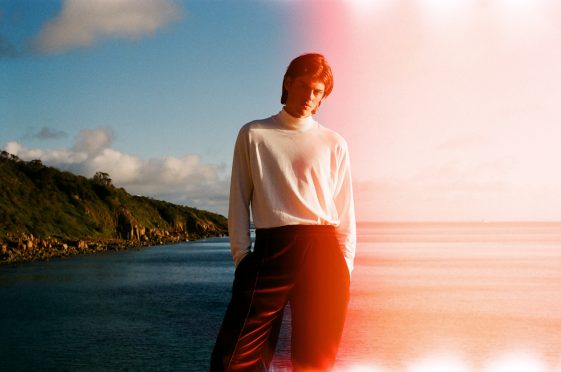 “say it over” feat. Cautious Clay

On the heels of announcing his new EP Bright Lights, Red Eyes, Ruel returns to share a new offering from the project. “say it over” featuring Cautious Clay is another glimpse into Ruel’s sonic world, with him and Cautious Clay trading vocals duties. The track is produced by Ruel’s frequent collaborator M-Phazes and follows the previously-released single “as long as you care.”

Bright Lights, Red Eyes is out October 23rd via RCA Records. The EP was written entirely in Paris and is the third release from Ruel following last year’s Free Time, which MTV described as “an accomplished reflection of Ruel’s stated influences, contemporary touchstones, and his own, growing voice.”

Ruel also shot over 70 pieces of content for his recently launched RuelVision, a 24-hour online television network featuring unique and fun programs starring himself, from music, cooking and karaoke, to news and lifestyle. The ambitious venture is the largest content-driven artist campaign of 2020, and a testament to Ruel’s continual drive to push creative boundaries and offer fun and unexpected content for his fans. The network is live now here, with on demand access available when you pre-order Bright Lights, Red Eyes.

Listen to “say it over” and pre-order Bright Lights, Red Eyes above and stay tuned for more from Ruel coming soon.