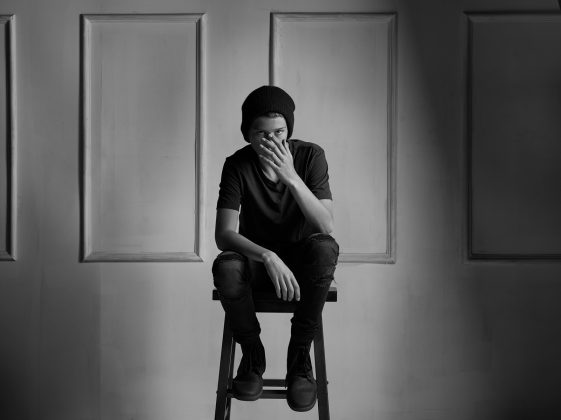 (New York — November 27, 2017) RCA Records today announces the signing of talented songwriter and soulful vocalist Ruel. Hailing from Sydney, Australia, his self-released debut single “Don’t Tell Me” was produced by Grammy winning helmsman M-Phazes, who discovered him from a demo, resulting in a collaboration met with immediate raves from press and tastemakers, alike.

COMPLEX describes Ruel as having “a gritty voice of soul legends three or four times his age.” Elton John, an early fan of Ruel’s , recently interviewed Ruel on his “Rocket Hour” show on Beats 1 Radio in which Ruel discusses his musical influences — Tyler the Creator, Frank Ocean, being a major fan of Khalid’s, and growing up listening to jazz and blues. Elton said “You are an amazing singer …you have the most amazing voice that I’ve ever heard from a (young) male singer and it’s quite incredible.” “You can hear a passion that won’t stay secret for long” raved influential Australian radio station Triple J and The Sydney Herald Sun proclaimed “With this striking voice and lyrical content well beyond his years, Ruel certainly proves he’s a prodigious talent, and the scary thing is that he is only just getting started.”

Self-released track “Don’t Tell Me”  is featured in the new Beats by Dre headphone commercial starring Neymar JR, Serena Williams, and Cara Delevingne, that launched on Nov. 22nd, and the track has garnered over 5 million streams on Spotify. In addition, Ruel delivered an explosive performance as an unknown artist on Triple J’s coveted “Like A Version” segment,  quickly gathering over half a million views in less than 48 hours, and is currently one of the highest-viewed “Like A Version” performances this year.  CLICK HERE to watch the news segment on Ruel which aired last week on Australian TV show “7:30.” Ruel recently wrapped an opening stint with RCA labelmate Khalid in Australia.

Comments Ruel: “It’s pretty mind blowing to be given an opportunity like this, and I’m so grateful for the faith the RCA team has shown in me. I can’t wait to see what we can create together.”

Adds Peter Edge, Chairman and CEO, RCA Records: “We are beyond excited to have Ruel join the RCA family. He is a great songwriter, stellar vocalist and possesses tremendous charisma. When we first heard his material and saw his live performance, we knew instantly that Ruel is an exceptional artist who will create notable and important music.”