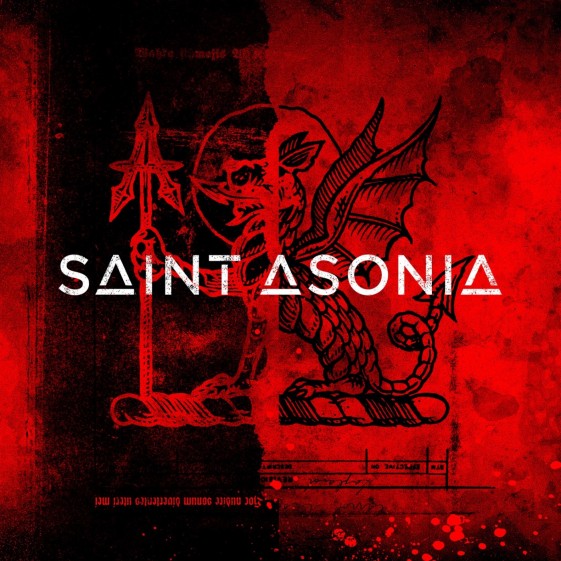 Saint Asonia featuring two of the biggest forces in rock radio over the past decade, Adam Gontier (formerly of Three Days Grace) and Mike Mushok (of Staind), along with band mates Corey Lowery (Stuck Mojo) and Rich Beddoe (Finger Eleven), will release their self-titled debut album July 31, 2015 on RCA Records.   The album is available now for pre-order (HERE); fans who pre-order the album now will receive the band’s debut single “Better Place” immediately. In only its 2nd week, “Better Place” has already reached the top 20 at active rock radio merely two weeks from release, making it one of the fastest growing songs of the year at the format. “It was great to hear the return of front man Adam Gontier’s golden voice combined with the killer riffs of Mike Mushok! I can see the fans instantly react to “Better Place.” We’re all stoked for the full album release on 7/31,” remarked Vincent Usuriello PD of Sirius/XM Octane.

Artist Direct has declared, “Better Place does all the talking for Saint Asonia. It sounds massive and points to big things from the quartet this year as they finish up their full-length debut. Audiences should get ready to pay homage to this Saint because they deserve it. Rock n’ roll yearned for this, and Saint Asonia are delivering hundredfold.” The debut single is also delivering at radio, being the most added at Active Rock this week.

Produced by Johnny K. (Sevendust, Disturbed, Megadeth), the majority of the album was co-written by Gontier & Mushok.   Talking about the album, Mike Mushok explains, “I’m really proud that we created such a cohesive body of work. I hope when people hear it they want to see a show! That’s why you do it.” Adds Adam Gontier, “The experience of making this music was a chance for me to freely express myself without any filters for the first time…It’s different from anything either of us have done in the past. It’s something that I think rock music needs right now. It’s raw, real, and straight from our hearts.”

Saint Asonia will be hitting the road on their first tour this August, tour dates and ticket sales will be announced soon. Be sure to check in at www.saintasonia.com for all of the latest tour news.