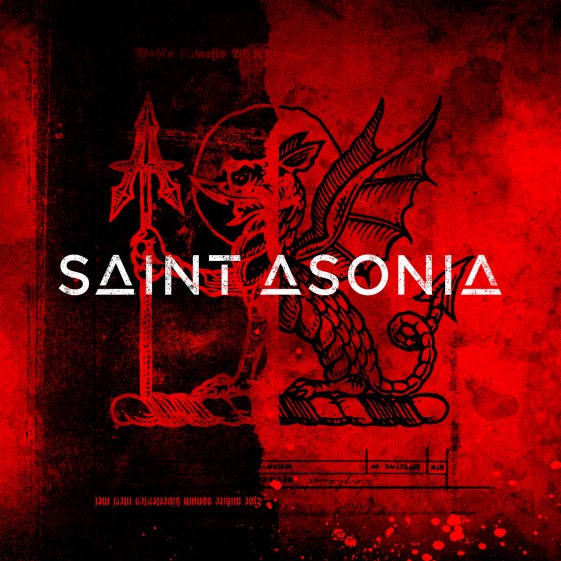 Currently at number 10 at active rock radio, the video for “Better Place” was conceived by Adam Gontier and co-directed by Adam along with Grammy award-winning director P.R. Brown. “I had a very clear vision of what I was trying to convey with the song and working together with P.R. was a great experience.,” said Adam. “The video really makes this song come to life and is very meaningful to me personally, as I hope it will be to those who watch it.”
Click here to watch the official video for “Better Place” premiering now!

“It was great to hear the return of front man Adam Gontier’s golden voice combined with the killer riffs of Mike Mushok! I can see the fans instantly react to “Better Place.” We’re all stoked for the full album release on 7/31,” remarked Vincent Usuriello, PD of Sirius/XM Octane. And Artist Direct has declared, “Better Place does all the talking for Saint Asonia. It sounds massive and points to big things from the quartet this year as they finish up their full-length debut. Audiences should get ready to pay homage to this Saint because they deserve it. Rock n’ roll yearned for this, and Saint Asonia are delivering hundredfold.”

Produced by Johnny K. (Sevendust, Disturbed, Megadeth), the majority of the album was co-written by Gontier & Mushok. Talking about the album, Mike Mushok explains, “I’m really proud that we created such a cohesive body of work. I hope when people hear it they want to see a show! That’s why you do it.” Adds Adam Gontier, “The experience of making this music was a chance for me to freely express myself without any filters for the first time…It’s different from anything either of us have done in the past. It’s something that I think rock music needs right now. It’s raw, real, and straight from our hearts.”

Saint Asonia will be hitting the road on their first tour this August – find tour dates below.

Saint Asonia Track Listing:
01 Better Place
02 Blow Me Wide Open
03 Live My Life
04 Even Though I Say
05 Fairy Tale
06 King Of Nothing
07 Waste My Time
08 Dying Slowly
09 Trying To Catch Up With The World
10 Happy Tragedy
11 Leaving Minnesota

Link to watch the music video for “Better Place”: http://smarturl.it/betterplacev