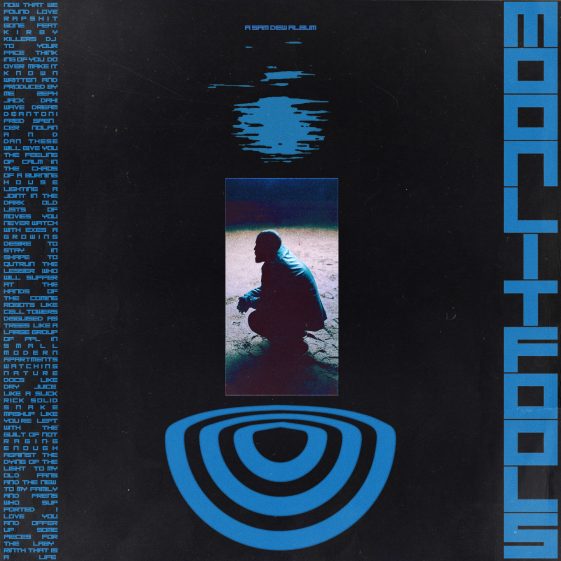 Sam Dew states, “IT’S OUT! FOR SO LONG I WANTED TO SHARE ONLY THIS AND I AM PLEASED TO TELL YOU THAT NOT ONLY IS IT HERE, BUT SO MUCH MORE FOLLOWS. I HAVE SO MUCH LOVE FOR MY FANS AND MY TEAM. THANK YOU ALL FOR THIS EXPERIENCE. THANK YOU ALL FOR YOUR PATIENCE W ME. WE AREN’T MARRIED AND KEEP COMING BACK AND THAT MAKES IT ALL THE MORE COMPELLING.💙”

Featuring his previously released and critically celebrated tracks, “DJ”, “GONE” and “NTWFL”. All three tracks had music videos directed by Young Replicant as part of the MOONLIT FOOLS trilogy which explores the themes Dew lays out in the album. The stunningly cinematic vignettes pose many questions we ask ourselves: What’s holding us back? What are we afraid of? Is love worth the loss? And how does the age of technology affect all of this? Games are played, cards are dealt, and more likely than not, you’re already too late and just looking at a pretty picture of what could be rather than what is or was. Check out Paper Magazine’s piece on the video trilogy HERE.

The lead up to the release of MOONLIT FOOLS was filled with anticipation and excitement surrounding the track releases. “NTWFL,” Dew’s spellbinding take on the R&B classic “Now That We Found Love” was deemed Best New Music This Week by Complex who called it “hypnotic” and praised Dew’s “seductive singing” and was included in Billboard’s 10 New Cool New Pop Songs To Get You Through The Week. “GONE” was included in the “Pitchfork Selects” playlist.

To Buy/Listen to MOONLIT FOOLS: