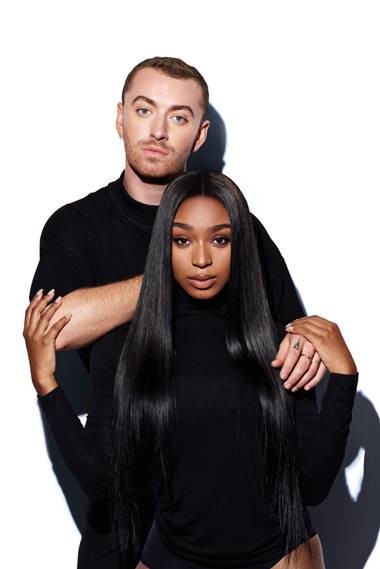 View “Dancing With A Stranger” Here

(New York, NY – January 29, 2019) Today, Sam Smith & Normani unveiled the video for their hit single, “Dancing With A Stranger.” Directed by Vaughan Arnell (James Blunt, George Michael), the clip was shot in London. Moving through a sleek, stark home, each artist confronts the empty feeling that follows a break-up and the impulse to fill the void with ephemeral connections. View “Dancing With A Stranger” HERE.

Released earlier this month by Capitol Records, “Dancing With A Stranger” has already racked up over 80 million cumulative streams worldwide. Hailing it as a “Song You Need to Know,” Rolling Stone described it as “deliciously retro” and noted, “Their soulful, understated delivery suggests a moody narrative of two people looking to get an ex off their mind, falling into the arms of someone exciting, nameless and new.” Calling it “one of the first genuinely great songs of 2019,” Idolator noted, “they expertly capture the frustration and loneliness of heartbreak, bottling it and presenting it as something both deeply personal and infinitely relatable.” Out said “Dancing With A Stranger” is “a Perfect Breakup Anthem.” Entertainment Weekly observed, “Sam Smith and Normani have teamed up to soundtrack your weekend festivities.” Billboard said, “They’re a smouldering combo, and they’ve delivered something fiery with ‘Dancing With A Stranger’…”

“Dancing With A Stranger” is the first new music from Smith in 2019 and follows his summer 2018 global hit with Calvin Harris, “Promises.” Smith will perform with Harris on February 20 at the BRIT Awards, which will be live streamed on YouTube. Already a three-time BRIT winner, Smith is nominated in the British Male Solo Artist category this year. He has won four GRAMMY® awards, an Oscar, a Golden Globe, three Billboard Music Awards, a BET Award and six MOBO Awards, among others.

Since the release of his 2014 debut album, In The Lonely Hour, Smith has sold over 20 million album equivalent units worldwide. His sophomore album, The Thrill Of It All, debuted at No. 1 on the Billboard 200 and also topped the charts in the U.K, Ireland, New Zealand, Norway, Sweden, the Netherlands and Belgium. Rolling Stone awarded The Thrill Of It All four stars and hailed Smith as “one of the mightiest, most expressive singers of his generation.”

Normani launched her solo career last year with her debut solo single “Love Lies” with Khalid. “Love Lies” soared to #1 at Top 40 Radio and went double platinum in the U.S.  “Love Lies” was the first single Normani released following her global success with multi-platinum group Fifth Harmony. Since then, she has gone on to release a number of new tracks including two songs with Calvin Harris and her recent single, “Waves” feat. 6LACK. Normani has also recently collaborated with Quavo and Kehlani. She is currently working on her debut solo album. This March will see her join Ariana Grande on the North American leg of The Sweetener World tour.