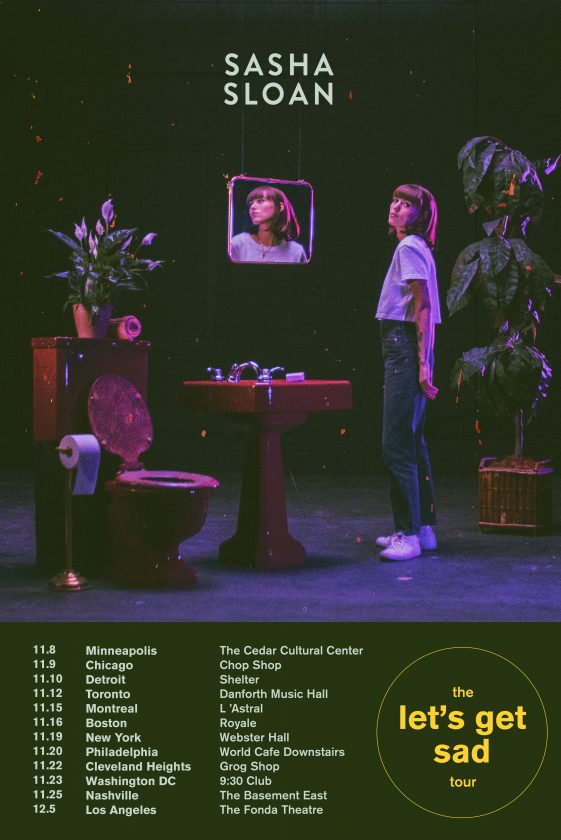 RELEASES VIDEO FOR NEW SINGLE “at least i look cool”

(Los Angeles, CA – July 22ND, 2019) — Today, critically acclaimed singer-songwriter Sasha Alex Sloan announces headline dates for the “let’s get sad” tour, which will be hitting major cities including Los Angeles, Chicago, and New York City in the fall. In celebration of her tour announcement, Sasha releases the video for her latest track “at least i look cool.” The video is directed by The Dads and produced by Joaquin Poblete (Cage the Elephant). Watch HERE.

Sasha’s recently released track with over 2.4 million views on YouTube, “Dancing With Your Ghost” was featured in HBO’s “Euphoria” and lead Idolator to declare “I don’t think it’s possible for Sasha Alex Sloan to write a bad song”. Last month Sasha, who just finished a run of tour dates supporting LANY, released “Thoughts” along with a music video. The track, of which Idolator said, “it’s one of the week’s best new songs and deserves your full attention” also made the coveted New York Times Playlist.

To Stream/Buy/Watch “at least i look cool”