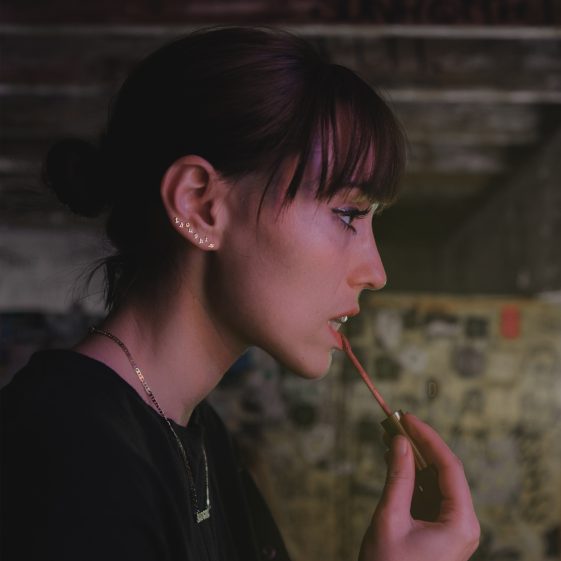 (Los Angeles, California – May 31st, 2019) – Critically acclaimed singer-songwriter, Sasha Alex Sloan, releases new track “Thoughts” today via RCA Records. “Thoughts,” which is the first new track for release for Sasha in 2019, is accompanied by a music video, watch HERE. Sasha just finished her North American and European headline tour and is about to hit the road with LANY this summer – tickets are on-sale now and can be purchased HERE.

After emerging in 2017 and appearing on a handful of high-profile collaborations, Sasha Alex Sloan released her debut single “Ready Yet,” which has amassed over 23 million streams on Spotify alone. Since then, she has established herself as a true wordsmith, an artist’s artist, who crafts potent melodies filled with poignant lyrics. “Normal,” a track on her debut ep sad girl, which was released in early 2018 via RCA Records, has been heralded by Billboard as a “catchy introvert anthem.”  Sasha Alex Sloan has garnered over 350 million streams from sad girl and her most recent EP, Loser, which was released in late 2018. These emotionally-rich, left-of-center pop releases lead to her late night debut on The Late Show with Stephen Colbert earlier this year with a performance of “Older.” She has received a ton of critical acclaim with Entertainment Weekly declaring her one of the 6 artists who will break big in 2019,  PAPER Magazine saying “With songs this resonant, one thing Sloan can’t fake is her talent.” Idolator also noted, “Everything the singer/songwriter has released since launching her artist project has been excellent…”  Sasha also was ranked #1 by Idolator in their “The 20 Best EPs, Mixtapes & Playlists of 2018” list. She has already built up a formidable live show and a rabid fan base that lead to her selling out her North American and European headline runs this year.

To Buy or Stream “Thoughts”: