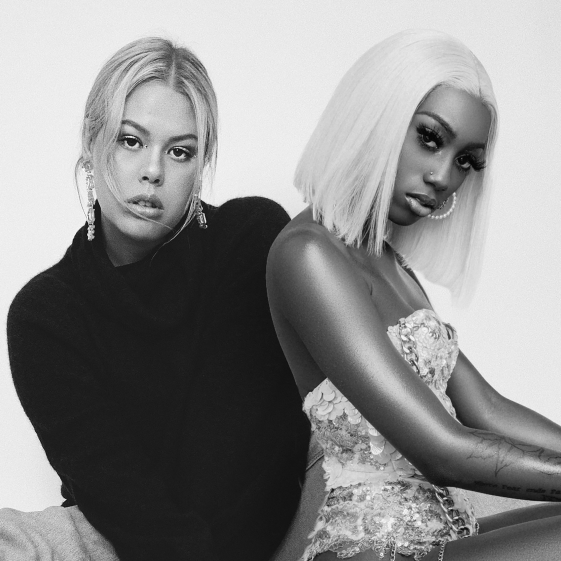 SAYGRACE TEAMS UP WITH FLO MILLI

Flo Milli joins the list of powerful young female artists including Tate McRae, Audrey Mika and Becky G who collaborated previously with SAYGRACE on versions of the hit single.  Check those out HERE.

Flo Milli teased their collaboration on Instagram. Watch it HERE.

SAYGRACE’s “Boys Ain’t Shit”  has charted on the Spotify Viral Charts in over 25+ markets around the world including Top 15 Global and Top 5 on the viral charts in the US and Canada.  The single has also been trending on TikTok with over at 1.3 Million + video creations and over 152 million streams globally of the solo version plus collaborations with Tate McRae, Audrey Mika and Becky G. Watch SAYGRACE’s Genius Verified interview HERE.

20-year old, Alabama born rapper, Flo Milli has taken the Internet by storm in her short accent. Releasing her first official track “Beef FloMix” on her SoundCloud in late 2018, she had gone viral by early 2019 on TikTok, marking her breakout success and she hasn’t let up since. Releasing tracks and visuals throughout 2019, she followed up with “In The Party” which has been streamed and viewed nearly 200 million times worldwide.

Known for her bubbly delivery and aggressive bars, in July 2020 she took the internet by storm once again with the release of her debut mixtape, Ho, why is you here ?. Standout tracks from the project include the SWV sampling “Weak” and “May I.”  The project received great critical support upon release landing on the covers of Spotify’s “Feelin Myself” playlist and Apple Music’s “On Repeat,” along with two Spotify New Music Friday billboards this summer. She received rave reviews in the press from the likes of New York Magazine, Pitchfork, Complex, FADER, NYLON, with many calling her the next female rapper to breakthrough.