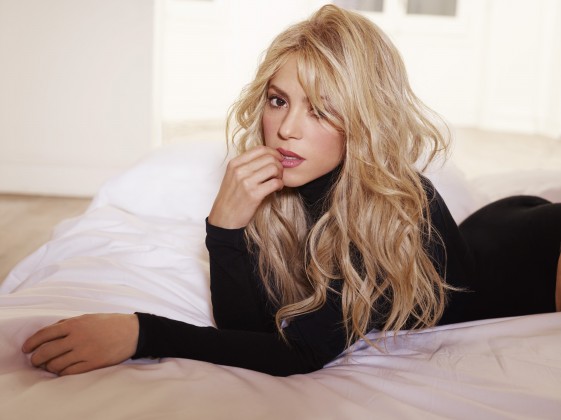 Los Angeles, CA (July 16th, 2014) – The official Facebook page of multi-platinum, multi Grammy Award-winning global recording artist and activist Shakira has remarkably reached 100 million likes, making her the first person ever to reach this incredible milestone. With an impressive fan base spanning the entire globe, this achievement classifies Shakira as the “Most Likable Woman in the World.” Shakira’s most recent photo during her visit to Rio de Janeiro for her 2014 FIFA World Cup closing ceremony performance has already collected over 3.5 million likes in only four days, becoming her most liked Facebook Post to date.

“I am honored and humbled about reaching this milestone, because it’s one that’s purely about connecting with my fans from all parts of the globe,” Shakira expresses. “Social media and specifically Facebook has helped myself and other artists bridge the gap between the stage and the audience. We’ve been able to create a conversation, where both artists and fans can share with one another their thoughts, achievements, the most important moments of their lives in photographs and videos, and have a real, ongoing dialogue.”

Justin Osofsky, Facebook’s VP of Global Operations and Media Partnerships, also acknowledges this magnificent achievement. “The combination of Shakira’s global appeal, her authentic engagement with fans and her use of Facebook as a multi-media platform has positioned her to achieve the incredible milestone of 100M fans.”

Over the course of her career, Colombia singer-songwriter and Grammy winner Shakira has sold over 60 million records worldwide and has won numerous awards including two Grammys, eight Latin Grammys, four World Music Awards, three American Music Awards and five Billboard Music Awards, to name a few. She is the only artist from South America to have a number one song in the US, and has had four of the 20 top-selling hits of the last decade. At the age of 18, she founded the Pies Descalzos (Barefoot) Foundation which currently provides education and nutrition to over six thousand impoverished children in Colombia and is expanding its work to other countries, including newly launched projects in Haiti and South Africa. In October 2011, Shakira was named a member of President Obama’s Advisory Commission on Educational Excellence for Hispanics. Shakira served as a coach on the 4th season of “The Voice,” NBC’s hit reality vocal competition series that searches for the nation’s best voice and returned as a coach for Season 6.