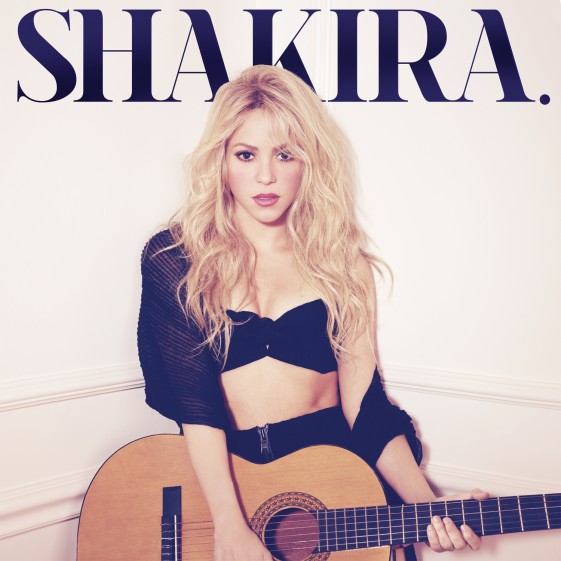 The wait is finally over! Grab your copy of Shakira’s new self-titled album featuring “Can’t Remember To Forget You” ft. Rihanna & “Empire” today on iTunes, Amazon and Shakira’s Official Store!

The video for Shakira’s new single “Empire” also premieres today exclusively on VEVO – Click Here To Watch. In celebration of her new album, Shakira will perform “Empire” tonight on The Tonight Show Starring Jimmy Fallon and will be performing Wednesday morning, March 26th on the Today Show outside on the plaza.

Shakira’s video for her first single, “Can’t Remember to Forget You” featuring Rihanna, has skyrocketed online with over 214 million views and counting, and the single is being played on over 200 US radio stations. Click Here To Watch It Now!

Over the course of her career, Colombian singer-songwriter and Grammy winner Shakira has sold over 60 million records worldwide and has won numerous awards including two Grammys, eight Latin Grammys, four World Music Awards, three American Music Awards and five Billboard Music Awards, to name a few. She is the only artist from South America to have a number one song in the US, and has had four of the 20 top-selling hits of the last decade. At the age of 18, she founded the Pies Descalzos (Barefoot) Foundation which currently provides education and nutrition to over six thousand impoverished children in Colombia and is expanding its work to other countries, including newly launched projects in Haiti and South Africa. In October 2011, Shakira was named a member of President Obama’s Advisory Commission on Educational Excellence for Hispanics. Shakira served as coach on the 4th season of “The Voice,” NBC’s hit reality vocal competition series that searches for the nation’s best voice, and has returned as a coach on Season 6.