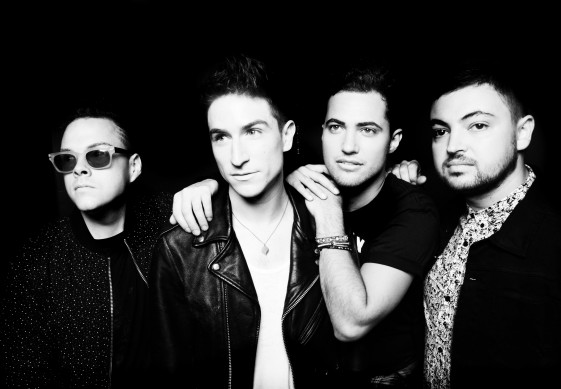 “Shut Up And Dance” Hits #1 At Alternative Radio

Alt pop band WALK THE MOON’s smash single “Shut Up and Dance” is #1 at alternative rock radio. Shortly after its release the debut single off their sophomore album “TALKING IS HARD” quickly rose to #1 on Spotify Viral Top 50 US Chart where it stayed for two consecutive weeks. The band went on to make their network television debut of “Shut Up and Dance” on NBC’s Late Night With Seth Meyers and celebrated their album release day with a concert on ABC’s Jimmy Kimmel Live! (WATCH HERE) . WALK THE MOON will perform “Shut Up And Dance” on NBC’s The Tonight Show Starring Jimmy Fallon this Thursday, February 19th.

Just a few weeks ago WALK THE MOON had the privilege of performing at the17th Annual GRAMMY Foundation® Legacy Concert, “Lean on Me: A Celebration of Music and Philanthropy” alongside a myriad of remarkable recording artists. The bands renowned live show was also seen across the US this past fall during their sold out underplay tour. WALK THE MOON is now gearing up for their headlining “TALKING IS HARD TOUR” which kicks off in San Diego, CA on March 10th. Tickets can be purchased at www.walkthemoonband.com.