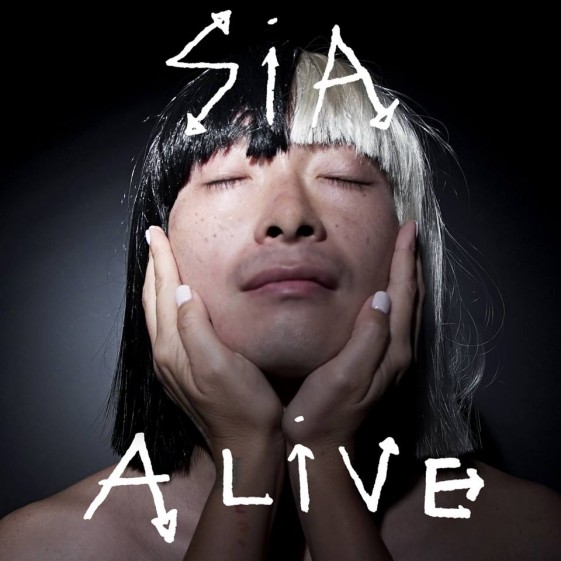 “Alive” was written by Sia, Adele and Tobias Jesso, Jr. and was produced by Jesse Shatkin, who also co-wrote and co-produced Sia’s massive four-time Grammy-nominated “Chandelier.”

Sia released her #1 charting and critically-acclaimed album 1000 Forms of Fear (Monkey Puzzle Records/RCA Records) last year in July, which features her massive breakthrough singles “Chandelier” and “Elastic Heart.” The groundbreaking video for “Chandelier” has enjoyed an unprecedented 900 million views and its follow-up video “Elastic Heart” with over 399 million views.

An astonishingly creative and uncompromising performer, Sia is also a highly prolific hit maker and songwriter, having penned several hit singles over the last few years for others. She has crafted songs for pop icons including Rihanna (“Diamonds”), Katy Perry (“Double Rainbow”), Britney Spears (“Perfume”), Kelly Clarkson (“Invincible”), Carly Rae Jepsen (“Making the Most of the Night”), Beyoncé (“Pretty Hurts”) and Celine Dion (“Love Me Back To Life”), and many more. Sia has also been the featured vocalist on some of the most massive hits she has written for others including “Titanium” with David Guetta, “Beautiful Pain” with Eminem, and “Wild Ones” with Flo Rida. Additionally, Sia was nominated for a Golden Globe last year for the song “Opportunity” from the 2014 adaptation of the Broadway musical “Annie.”